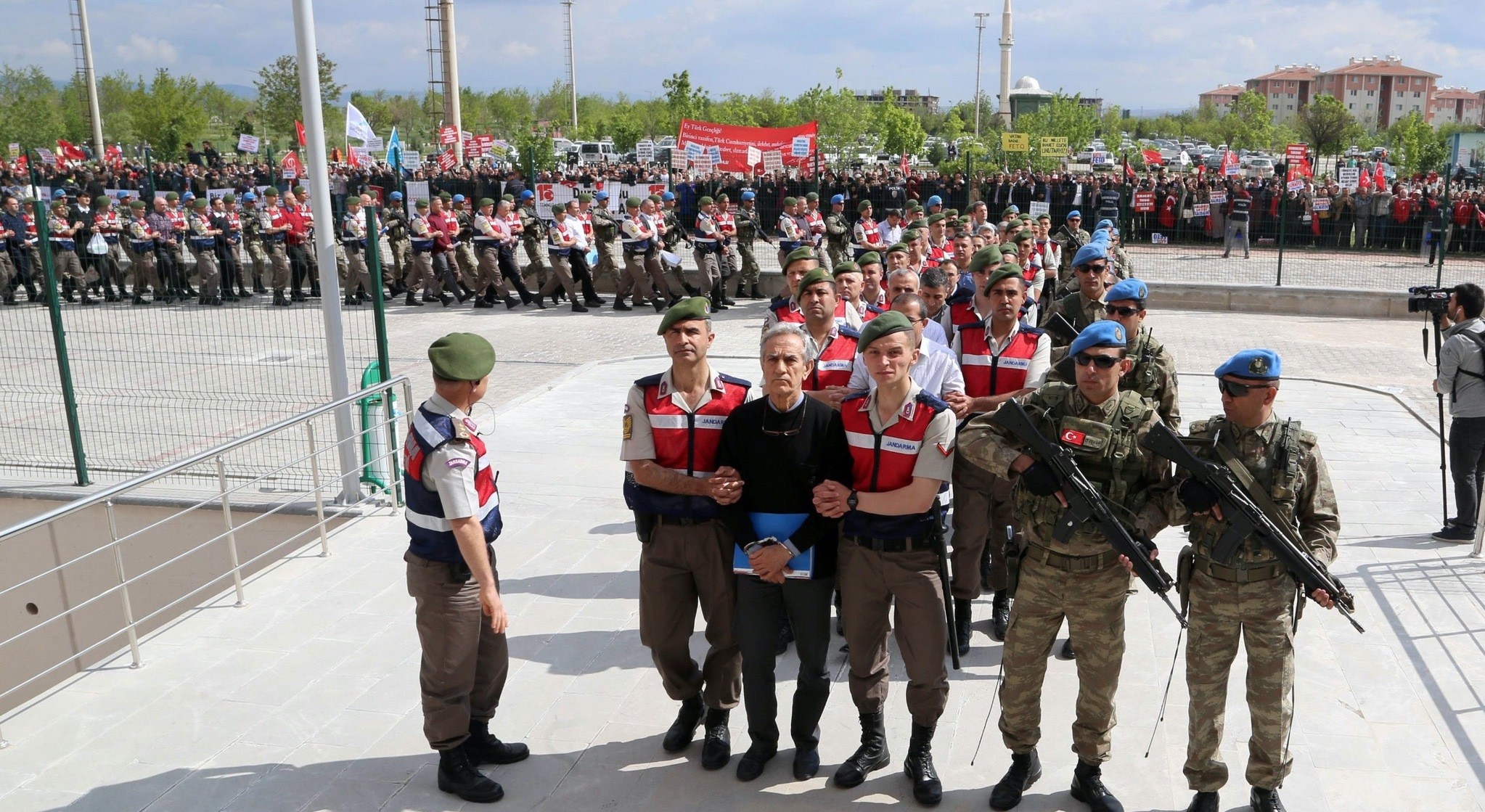 The Turkish judiciary is slowly but surely concluding the huge number of cases linked to FETÖ's coup attempt on July 15, 2016, with courts across the country handing out 1,760 life sentences in 204 trials

A total of 2,619 people have been found guilty and 1,760 have been sentenced to life imprisonment in the 204 trials held across the country related to the coup attempt on July 16, 2016 by the Gülenist Terrorist Group (FETÖ).

Of the 289 trials, 204 have concluded. Of those concluded, 29 were held in Ankara and 42 in Istanbul. The rest were held around the country.

Some 803 of the accused, including general, commissioned and noncommissioned officers, were sentenced to life imprisonment without the possibility of parole.

While 957 were sentenced to life imprisonment with 859 sentenced to prison terms ranging from one year and two months to 20 years. Many privates doing their compulsory military service have been found not guilty by the courts.

The most recently concluded case was the one in Sakarya near Istanbul where 222 suspects were tried. Eighty-eight were in prison pending the conclusion of the trial. Of the suspects, the court on Aug. 15 sentenced two to life imprisonment without the possibility of parole for violating the constitution, while 56 others received a range of prison terms. The rest were found not guilty.

The trial in Istanbul that concluded late on Friday involved the members of the War Academies, which took the lead in the violence committed in Istanbul on July 15, 2016. The court sentenced 35 to life imprisonment without the possibility of parole and 67 to life imprisonment. Ninety-nine were sentenced to various prison terms for breaking and entering, threatening with weapons, membership of a terrorist organization and abduction.

Thousands of people were arrested or detained in the aftermath of the coup attempt that killed 250 people. Authorities say infiltrators of FETÖ in the military carried out the coup attempt.

MAIN TRIALSA major trial in Muğla concerned the around the suspects who planned and executed the assassination attempt against President Recep Tayyip Erdoğan, who on July 15, 2016 was holidaying in the resort town of Marmaris on the Aegean coast with his family.

Thirty-one suspects, including the planner Gökhan Şahin Sönmezateş, a brigadier general before being fired by the military, and former noncommissioned officer Zekeriya Kuzu, who led the assassination team, were sentenced to four consecutive terms of life without parole.

The main trial in Istanbul about those who shut down the Bosporus Bridge, which was subsequently named the July 15 Martyrs Bridge, 72 people, including former Lt. Col. Turgay Ödemiş and former Major Ahmet Taştan, were sentenced to life without parole for attempting to change the constitutional order. Another 22 suspects were sentenced to 17 years seven months each and another five to 15 years each for the same crime.

In İzmir, a trial of 280 suspects saw 104 being sentenced to life without parole. The head of the Second Army Command at the time, Adem Huduti, was sentenced to 15 years for attempting to change the constitutional order, while his chief of staff, Lt. General Avni Angun was found not guilty.