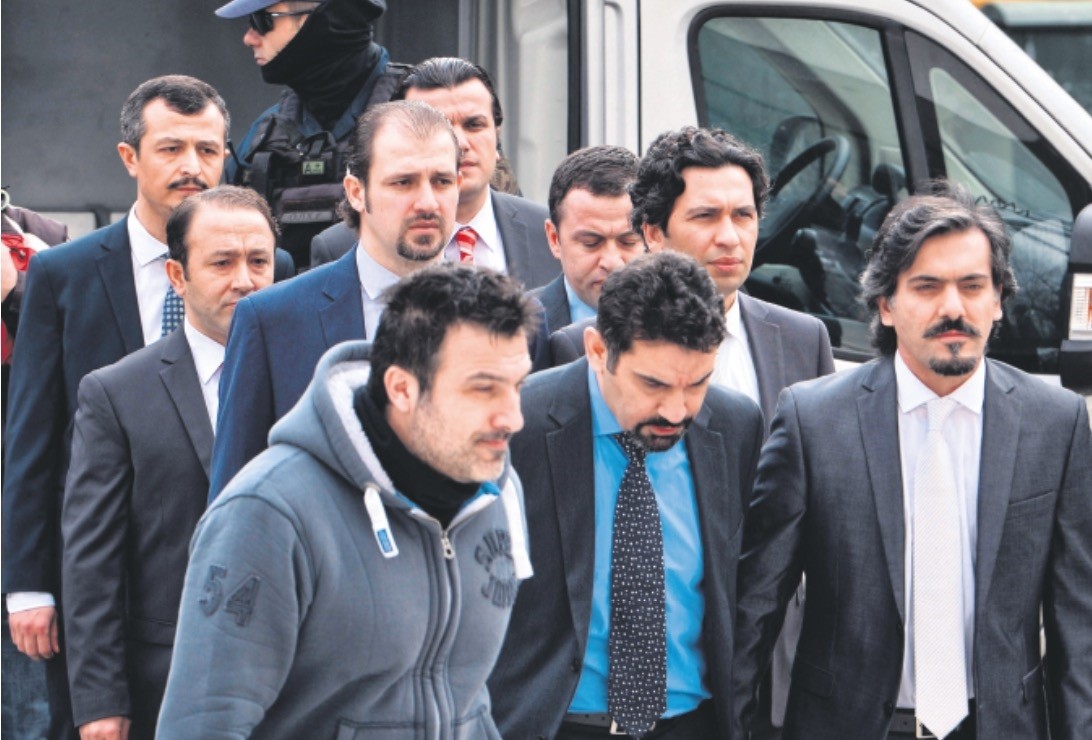 Eight former army officers are escorted by Greek police as they arrive at the Greek Supreme Court in early 2017.
by Daily Sabah Aug 25, 2018 12:00 am

The number of FETÖ suspects trying to flee to Greece is increasing rapidly due to the Greek courts' penchant in taking a welcoming attitude toward those implicated in the July 15, 2016 coup attempt

The number of suspected members of the Gülenist Terror Group (FETÖ) trying to flee to Greece is increasing after the recent spate of decisions by the Greek judiciary favoring those who participated in the July 15, 2016 coup attempt.

Yesterday, five people were caught trying to illegally cross into Greece. Authorities said all five, a former court clerk, a former teacher, a former police officer and two people linked to FETÖ's student organization, had pending charges connected to the terrorist group. All five were detained pending their trial.

The arrests come in light of recent spate of decisions by Greek courts favoring FETÖ suspects. Only Tuesday, the General Council of State, the top administrative court in Greece decided to reject the government's appeal against the asylum granted to one of eight soldiers who fled days after the coup attempt. The Greek judiciary's apparent generosity toward suspected FETÖ members sought by the Turkish justice system has produced a flow of illegal crossings into Greece.

Hours after the July 15 coup attempt failed, eight soldiers, including two commanders, four captains and two sergeants, escaped to Greece in a hijacked Sikorsky helicopter and landed in Alexandroupolis. Following their landing, the eight suspected FETÖ members asked for asylum from Greek authorities.

Before their asylum request was taken to court, a Greek court sentenced the eight men to a suspended two-month jail sentence for illegal entry into Greece.

Ankara formally requested from Greece the extradition of the FETÖ members who were behind the coup attempt, to face trial in Turkey. Despite the Greek government's preference to extradite the eight suspects, the Greek judiciary has repeatedly denied the applications.

Süleyman Özkaynakçı's case on Tuesday set a precedent for the cases of other fugitive Turkish soldiers. Greek police in April declared Özkaynakçı, who was previously released on April 19, a "No. 1 protected target" and enacted an extreme security plan together with the country's intelligence agency and the anti-terror bureau.

Led by U.S.-based imam Fetullah Gülen, FETÖ sought to topple the Turkish government and seize power on July 15, 2016, through a military coup and to impose martial law.

In total 250 people, mostly civilians, were killed by pro-coup soldiers, while over 2,000 people were injured.