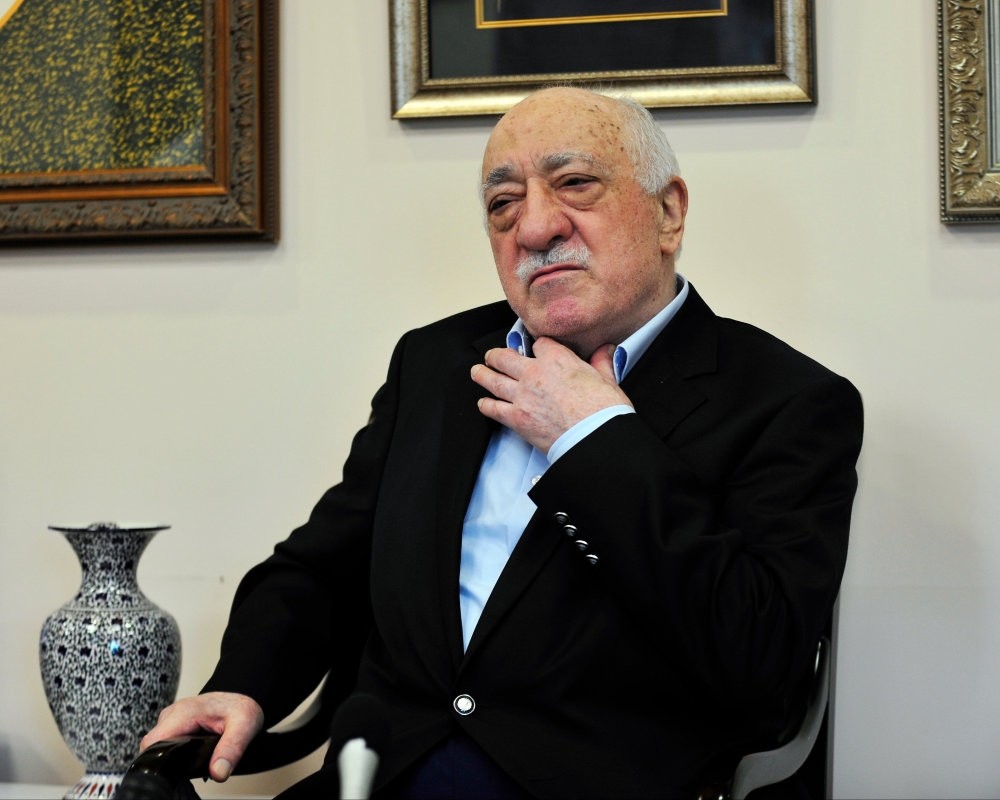 Fetullah Gu00fclen, the leader of FETu00d6, in his compound in Pennsylvania. Gu00fclen is wanted for orchestrating the 2016 coup attempt carried out by terrorist group's infiltrators in the military.
by Daily Sabah Sep 05, 2018 12:00 am

Security forces detained 25 former police officers and 23 serving military officers in nationwide operations yesterday against FETÖ, the terrorist group accused of using its infiltrators in the military to carry out the 2016 coup attempt

Stepping up the crackdown on the Gülenist Terror Group (FETÖ), authorities detained 48 suspects in nationwide operations on Wednesday. The detained suspects include 25 former police officers and 23 serving military officers with suspected links to the group blamed for the July 15, 2016 coup attempt.

Police and gendarme forces have carried out almost daily operations against FETÖ since the bloody putsch bid that killed 250 people was thwarted. In yesterday's operations, suspects from Turkish Armed Forces' gendarme units and former members of the Turkish National Police were detained.

The Chief Prosecutor's Office in the capital Ankara issued detention warrants for 25 first lieutenants, and 23 of them were detained in operations in 16 cities. All of the suspects were serving officers. Operations are still underway to capture the other two suspects.

The military officers are accused of ties to FETÖ for their close contact with what prosecutors call "secret imams," civilian handlers for the group's infiltrators in the Turkish military. The suspects were identified as part of an investigation into payphone calls between them and handlers. Payphones are one of the discreet methods employed by the terrorist group to avoid detection.

Operations started earlier this year against FETÖ military infiltrators who used pay phones to get in touch with their handlers, while hundreds had already been detained in previous nationwide operations. Investigations are still underway, and more infiltrators are expected to be detained in the coming days. FETÖ, which expanded its clout in Turkey over the past three decades, is known for its wide network of infiltrators in law enforcement, the military, the judiciary and bureaucracy. Through its infiltrators in the police and judiciary, it first tried to topple the government in 2013 but failed. It tried again on July 15, 2016, this time using its members in the military. Strong public resistance thwarted the coup attempt.In the northwestern city of Bursa, prosecutors issued detention warrants for 25 former police officers. All were detained. The suspects had already been dismissed from their jobs for suspected links to the terrorist group. Since it designated FETÖ as a national threat, Turkey had sought to purge its large number of infiltrators from law enforcement, but efforts largely failed as the terrorist group effectively blocked investigations with the help of its infiltrators in high ranks of the police force.

The state of emergency declared after the coup attempt sped up the crackdown on the terrorist group's infiltrators. Tens of thousands were detained or arrested and dismissed from their jobs in the public sector after the attempt. Some FETÖ members managed to flee abroad, while others are believed to still be hiding their ties to the group. Fetullah Gülen, the U.S.-based leader of the terrorist group, is known for instructing his followers to disguise themselves. Several former members confessed to authorities that senior figures of the group trained them on how to avoid being detected while serving in the army, law enforcement or judiciary. FETÖ claims to be an Islamic movement and was identified as such, still calling itself the Hizmet (Service) Movement; thus, its infiltrators were told to abstain from anything that would associate them with Islam, such as prayers and wearing headscarves and urged to pretend to drink alcohol.