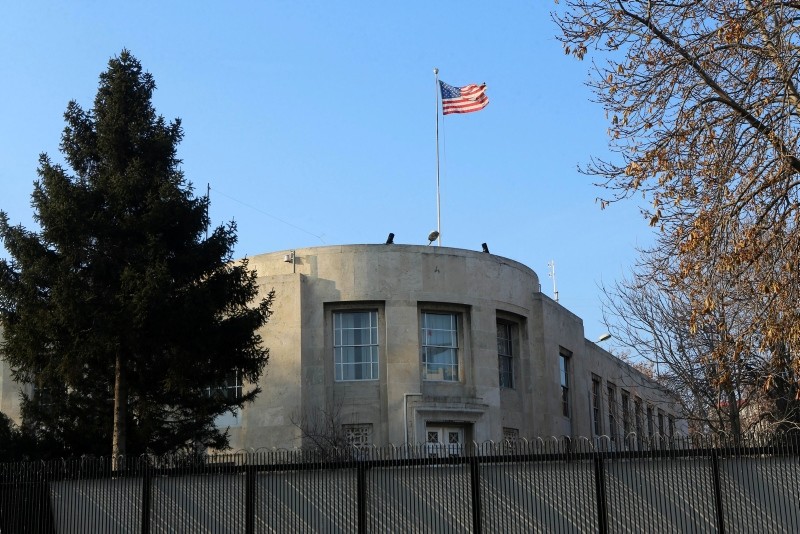 Turkish Justice Minister Abdulhamit Gül has given a go ahead to legal proceedings against four U.S. Embassy shooting suspects on the charges of carrying out a hostile act against a foreign state.

The Chief Prosecutor's Office in capital Ankara had sent a request for starting legal proceedings, according to information gathered by Anadolu Agency.

The suspects will be prosecuted for "hostile acts against a foreign government," based on article 306 of the Penal Code, which requires permission from the justice minister.

The suspects Ahmet Çelikten, Osman Gündaş, Ersin Bayram and T.B.K. were involved in the drive-by shooting on Aug. 20 in capital Ankara.

Investigations reveal the suspects Gündaş and Bayram had communicated with Fetullah Terrorist Organization (FETÖ) through cellphones.

The anti-terror branch of Ankara's Security Directorate found that Gündaş shared videos of Fetullah Gülen, the ringleader of the terror group behind the July 15, 2016 defeated coup.

It also found out that Bayram downloaded smartphone applications linked to the terrorist organization.

Footage from city surveillance cameras show that Çelikten and Gündaş scouted the area outside the embassy building 20 minutes before the attack.

Çelikten and Gündaş have confessed to their involvement in the attack, Ankara Governor's Office said, adding that they both had prior criminal records and was nabbed with 9mm pistol and vehicle they used in the shooting.

Bayram, who runs a restaurant in Ankara, also owned a consulting firm tied to the Turkic American Alliance, a non-profit run by prominent Gülenist Faruk Taban in the U.S.

Bayram confessed having ties to senior FETÖ figures in his initial testimony but claimed he severed his ties.

FETÖ and its U.S.-based leader Fetullah Gulen orchestrated the defeated coup on July 15, 2016, which left 251 people martyred and nearly 2,200 injured.