Terrorists behind killing of Turkish troops in Syria taken to court 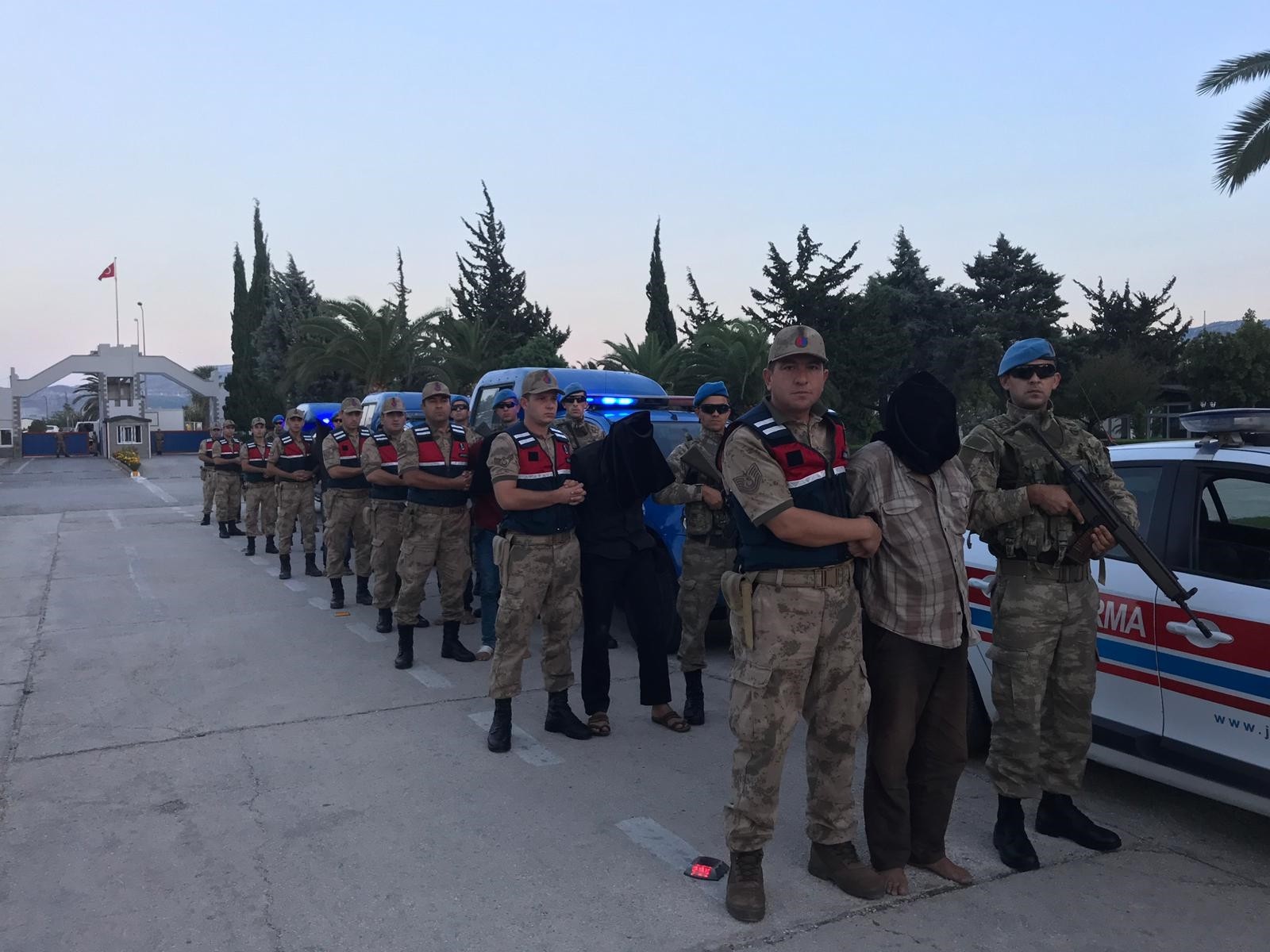 Soldiers accompany captured terrorists with hoods on their heads.
by Daily Sabah Sep 19, 2018 12:00 am

Nine members of the terrorist group People's Protection Units (YPG) were taken to a court in Hatay, a southern Turkish province bordering Syria, on charges of killing two Turkish soldiers in Syria.

The terrorists are responsible for killing Lt. Oğuz Kaan Usta and Sgt. Mehmet Muratdağı on Jan. 23, 2018 in the Rajo area of Afrin during Turkey's Operation Olive Branch. After killing him, the suspects took the lieutenant's body, which was recovered 58 days later.

They were caught in a joint operation by the MİT and Turkish gendarmerie forces in Afrin. They were identified with the aid of a PKK member who collaborated with authorities after his arrest on Sept. 3 in Rajo.

The YPG is the Syrian affiliate of the PKK terror group, which has waged war against Turkey for more than 30 years. Operation Olive Branch was launched by Turkey on Jan. 20 to remove the YPG and Daesh terrorists from Afrin in northwestern Syria.