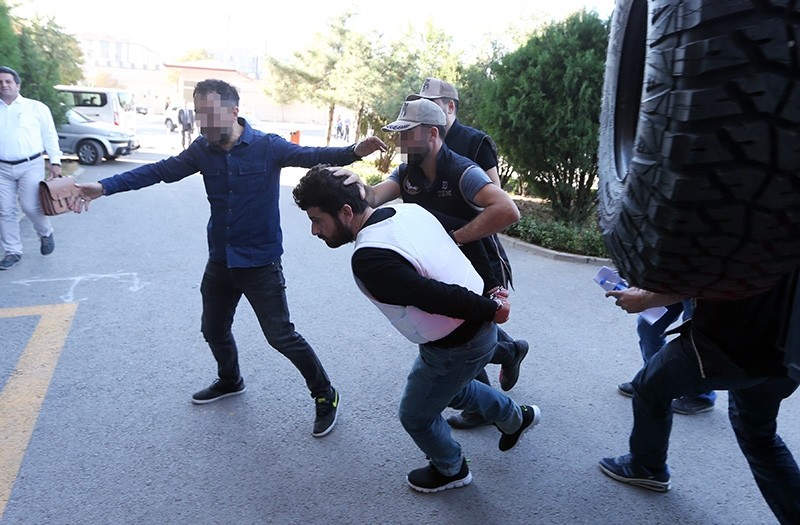 The perpetrator of the Reyhanlı bombing, which killed 53 people in 2013 in the southeastern province of Hatay, identified 24 terror suspects during his interrogation by the Ankara Police Directorate.

Of the names Yusuf Nazik gave, 14 of them are related with the People's Liberation Party-Front of Turkey (DHKP-C).

Arrest warrants will be issued for these 14 and they will be brought before the court, authorities said. Later in the day, the 9th High Criminal Court in Ankara ordered the arrest of Nazik for his role in the deadly 2013 Reyhanlı bombing.

Nazik was brought from Syria's port city Latakia, a stronghold of the Bashar Assad regime, to Turkey by the National Intelligence Agency (MIT) agents on Sept. 12 and was sent to Ankara court under strict safety measures.

Nazik was listed in the "blue" category of Turkey's most wanted terrorists list. According to his confession, he was given up-to-the-minute intelligence from Syrian intelligence units and scouted the crime scene prior to the attack, then moved explosives from Syria to Turkey. Nazik also added that he procured two vehicles to move the explosives. Reportedly, Nazik was not only helped by the Assad regime during the Reyhanlı attack but also carried out his life in Latakia with assistance from the regime.

On May 11, 2013, a bomb-laden vehicle was detonated in Reyhanlı town center first, killing scores and causing destruction. A second vehicle was detonated five minutes later after dozens, including civilians, first-aid units and security forces, had rushed to the area to help those wounded in the attack. In addition to killing 53 people and injuring dozens of others, the attack devastated the district, damaging 912 houses, 891 businesses and 148 vehicles.