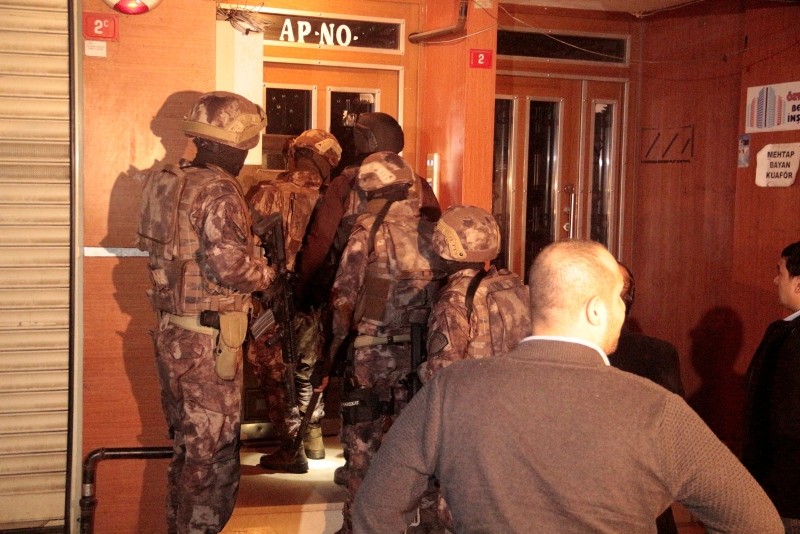 Security forces apprehended 280 suspects in a nationwide operation against suspected money laundering involving money transfers to accounts abroad. Operations were underway to capture the rest of the 417 suspects wanted by the Chief Prosecutor's Office in Istanbul.

The suspects are Turkish and Iranian nationals, involved in money transfers to accounts of mainly Iranians residing in the United States. Media outlets reported that some suspects were linked to terrorist groups including the Gülenist Terror Group (FETÖ), the PKK, the Revolutionary People's Liberation Party-Front (DHKP-C) and Hizbullah.

Financial crimes units of the Turkish police launched simultaneous operations all across Turkey early Tuesday to capture suspects charged with running a criminal organization, laundering money and violation of laws against the prevention of financing terrorism.

Investigators also disclosed that suspects received "commission" fees prior to or after the money transfers and the persons involved in the laundering operations had "an organized structure" and were connected to each other. The high amount of money transferred to mostly Iranians residing in the U.S. raised police suspicion and the investigation that followed showed there were no commercial links in most transfers and the investigation was deepened when some suspects were found out to be subject to other investigations related to terrorism and drugs.