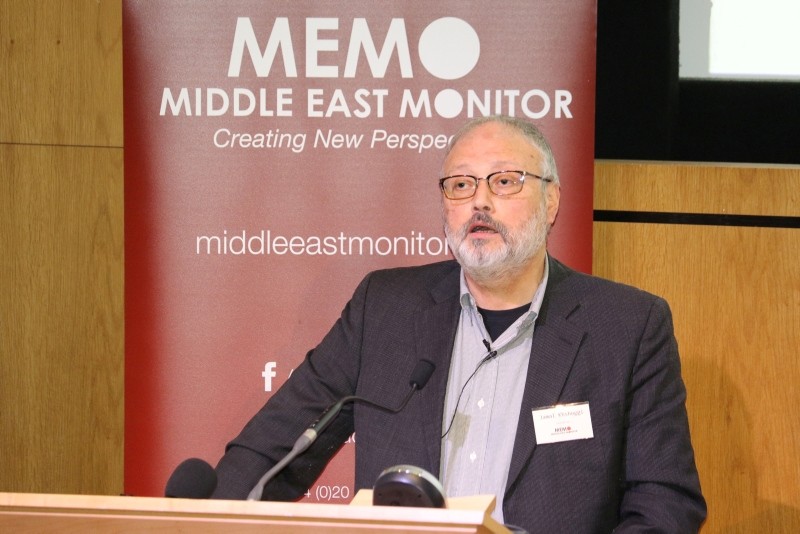 President Recep Tayyip Erdoğan said Sunday he was personally following the case of Saudi journalist Jamal Khashoggi, who disappeared last week, and added that he still hoped for a positive outcome to the matter.

Erdoğan told reporters that authorities were looking into all camera records and monitoring incoming and outgoing airport transits, but added that Turkey would await the results of the prosecutor's investigation.

"Mr. Jamal is a journalist friend I have known for a very long time, therefore I still hope for a positive outcome," Erdoğan told journalists.

Erdoğan said authorities were investigating evidence over entrances and exits of both the Saudi consulate and Istanbul airports.

"As soon as we have a conclusion, we will share it with the world," Erdoğan said, assuring that officials were doing everything to shed light into Khashoggi's disappearance as quickly as possible.

On Saturday, Turkish sources told Reuters that Turkish authorities believed Khashoggi had been killed inside the Saudi consulate in Istanbul last week, in what they described as the deliberate targeting of a prominent critic of the Gulf kingdom's rulers.

"The initial assessment of the Turkish police is that Mr. Khashoggi has been killed at the consulate of Saudi Arabia in Istanbul. We believe that the murder was premeditated and the body was subsequently moved out of the consulate," one of the sources, a Turkish official, told Reuters.

Khashoggi, 59, went missing while on a visit to the consulate in Istanbul for paperwork to marry his Turkish fiancee. The consulate insists the writer left its premises, contradicting Turkish officials.

Khashoggi is a longtime Saudi journalist, foreign correspondent, editor and columnist whose work has been a controversial figure in the ultraconservative Sunni kingdom. He went into self-imposed exile in the United States following the ascension of Crown Prince Mohammed bin Salman, now next in line to succeed his father, the 82-year-old King Salman.