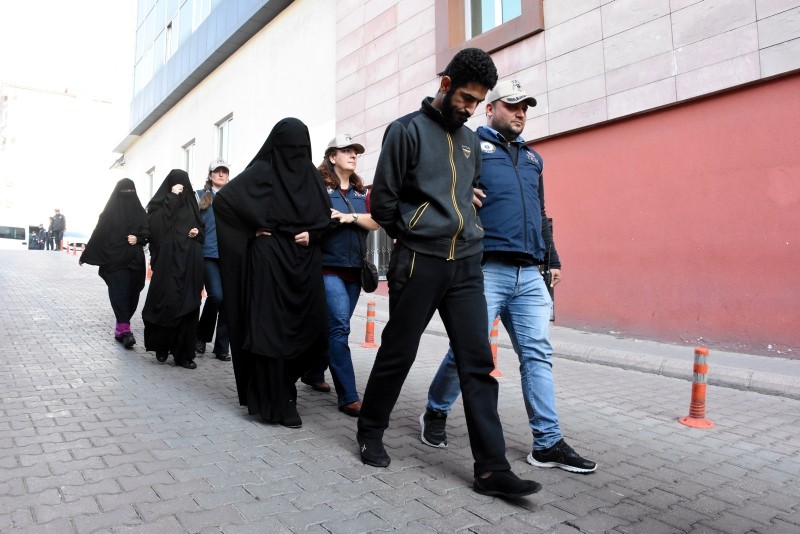 At least seven foreign nationals were arrested in central Turkey on Thursday over their suspected links to the Daesh terrorist group, according to police sources.

Allegedly linked to an individual codenamed Abu Jafar, the head of the terror group's so-called "migration and logistics committee," the suspects include two nationals of Russia, four of Syria and one of Egypt.

A large number of fake passports, digital materials and documents relating to the terrorist group were confiscated during the authorities' search of the suspects' residences, security sources said.

One of the suspects was determined to be a wanted senior member of Daesh, actively sending instructions to other terrorists and smuggling family members of the deceased Deash members from Syria to Turkey.

Security forces have been involved in a long-running campaign to clear Daesh terrorists from Turkey.