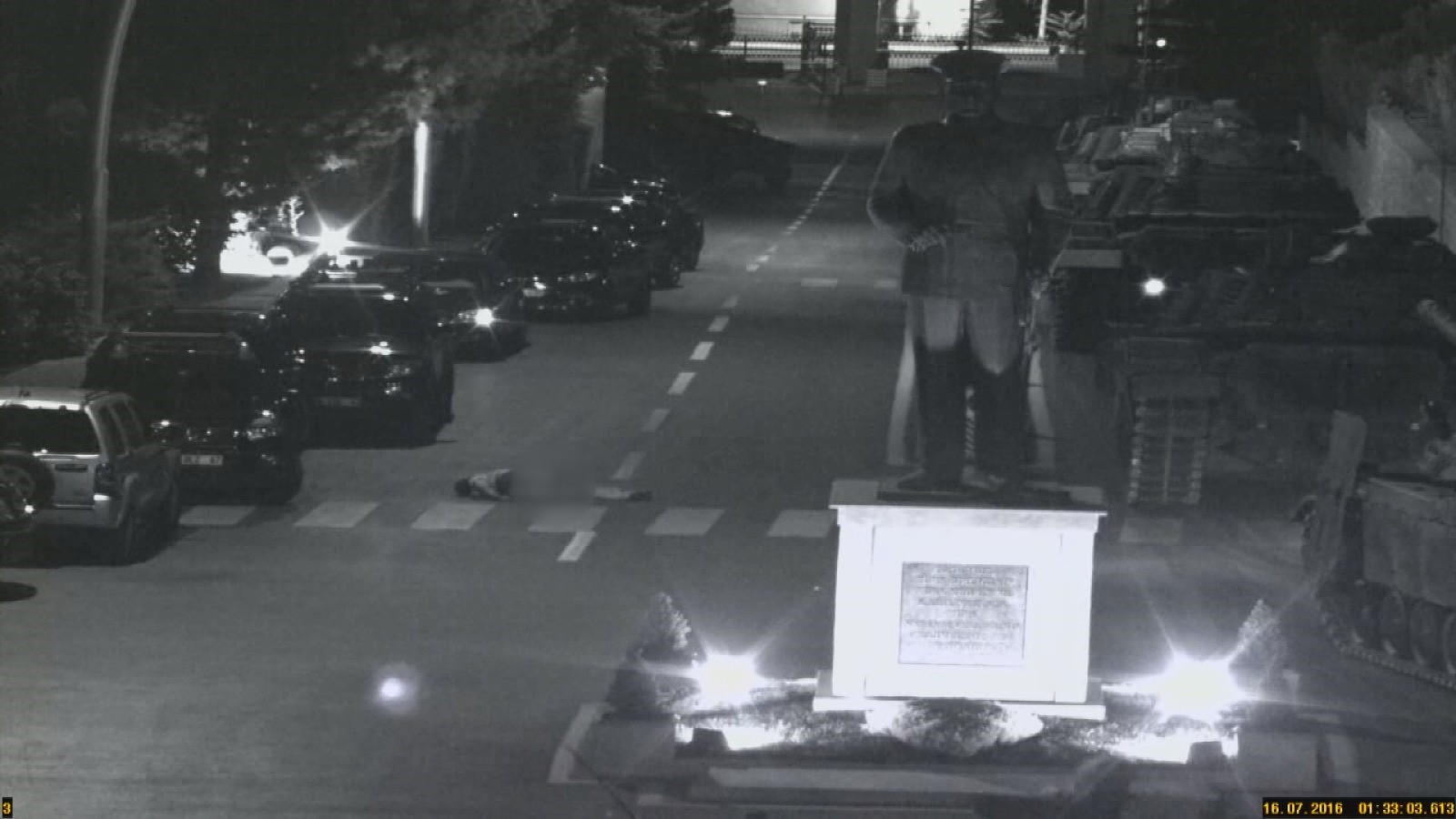 A surveillance camera image shows a victimu2019s body lying on the ground after the soldiers dumped it from a military vehicle.
by daily sabah
Oct 12, 2018 12:00 am

Security camera footage presented as evidence in a trial of putschists behind the July 15, 2016 coup attempt shows the brutal murder of an unidentified civilian by pro-coup troops.

Infiltrators of the Gülenist Terror Group (FETÖ) in the military are accused of carrying out the thwarted bid that killed 251 people.

The footage, recorded outside the Office of the Chief of General Staff (main headquarters of the army) in the capital Ankara, shows one of those victims whose body was dumped after the killing.

The footage released yesterday by Anadolu Agency (AA), was included as evidence at the trial of dozens of soldiers accused of taking over the office and abducting top military brass. It opens with an armored personnel carrier driving on the street outside the building. Its back hatch opens and soldiers are seen struggling to carry a naked man out. It is not clear if he is alive at that moment but the blurred footage shows movements of the soldiers as though they are beating the man. Moments later, the victim is simply kicked out of the hatch. The body lies on the road for a few minutes before a group of soldiers appear. After a while, the soldiers carry the body toward a nearby wooded area. More than three hours later, the armored personnel carrier that the victim was thrown out of reappears and the soldiers scramble to find the body they had dumped. When the other soldiers show them the body, they leave.

A total of 224 defendants are on trial regarding the putschists' takeover of the military headquarters. Most face life sentences for their role in the coup attempt. The Office of the Chief of General Staff was stormed by putschist soldiers from the elite Special Forces on July 15, 2016. Putschists held then Chief of General Staff Hulusi Akar at gunpoint before taking him to a military base they seized earlier. Other senior commanders were abducted while entering the headquarters. Putschists also killed anti-coup troops and civilians who tried to stop them at the headquarters. They had to surrender in the early hours of July 16 when the coup attempt was foiled. Unprecedented strong public resistance against putschists helped anti-coup security forces thwart the attempt.