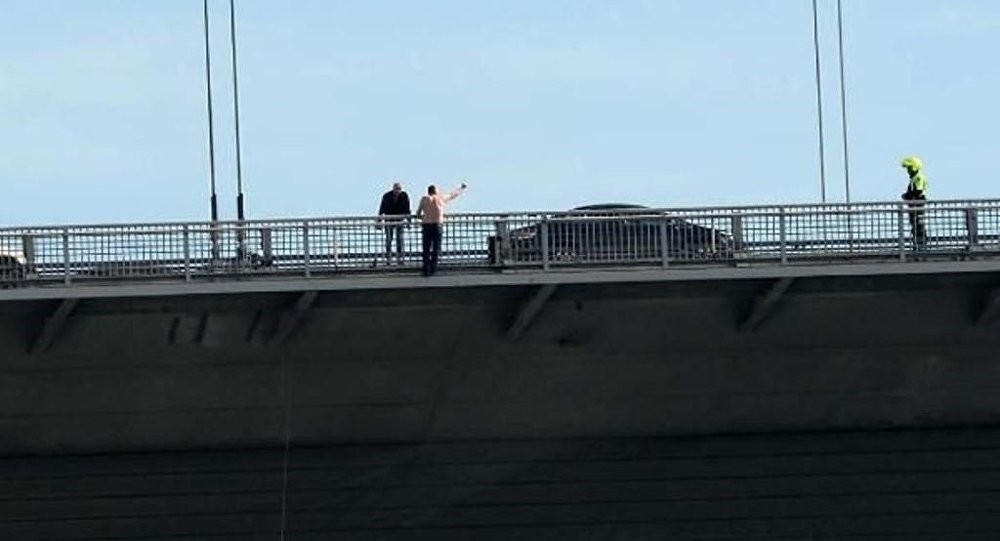 Two women, who encouraged a man to commit suicide by jumping off the July 15 Democracy and Martyrs' Bridge into the waters of the Bosporus in Istanbul, were sentenced Thursday to three years and four months of jail each by a Turkish court.

The Istanbul court ruled that the women, identified as 49-year-old Hülya U. and 27-year-old Merve Ö., were guilty of "encouraging suicide." The offense carries a prison term of up to five years.

The court had initially decided for the women's release under judicial control back in March."

On March 8, 2016, the two women were in a car passing by the spot where Erol Çetin, a man with family problems, was negotiating with police officers as they tried to convince him to climb back down as he clung to the rails. Angered by the traffic jam caused by the police presence, they had sworn at Çetin, saying "We have been waiting in traffic for hours because of you. Jump already!" Moments later, Çetin leaped into the waters of the Bosporus, muttering the words "Come on, jump!"

The bridge, one of three suspension bridges spanning the Bosporus strait between Asia and Europe, has unfortunately seen a number of suicide cases.