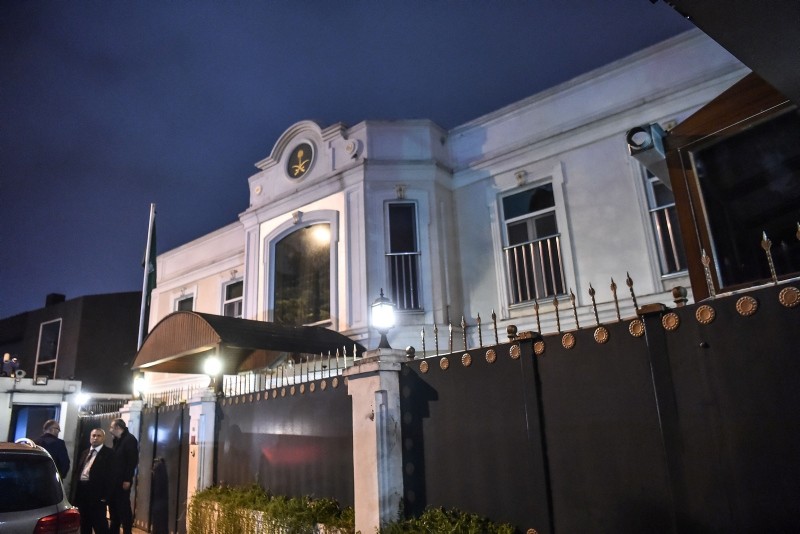 As questions linger about the fate of slain journalist Jamal Khashoggi's body after his murder at the Saudi consulate in Istanbul, a gruesome report emerged Thursday backing previous claims that his body was dissolved in acid.

Qatar-based Al Jazeera reported that traces of hydrofluoric acid and other chemicals were discovered by Turkish investigators inside a well at the Saudi consul general's residence, citing a source in the Turkish attorney general's office.

The dismembered body of Khashoggi was dissolved in acid in one of the rooms at Consul General Mohammed al-Otaibi's residence, it added.

The report said that the killers dissolved Khashoggi's body in the two-week period between the date of the murder and the search in the residence by Turkish police.

A Turkish request to examine a well in the garden of the kingdom's consulate was initially refused by Saudi officials on Oct. 24, but was later allowed. It is not clear whether there are two separate wells, one in the consulate and one in the residence. The Istanbul Public Prosecutor's Office is investigating the case.

The Al Jazeera report came three days after the Turkish daily Sabah reported that a chemist and a toxicologist were sent to Istanbul nine days after the murder of Khashoggi to get rid of his body and hide the evidence.

Khashoggi went missing on Oct. 2 after entering the consulate to obtain documents for marriage procedures. After initially denying and later playing down the incident as a fistfight, Saudi Arabia accepted that the journalist's killing was premeditated.