2 people detained over shooting near Austrian Embassy in Ankara 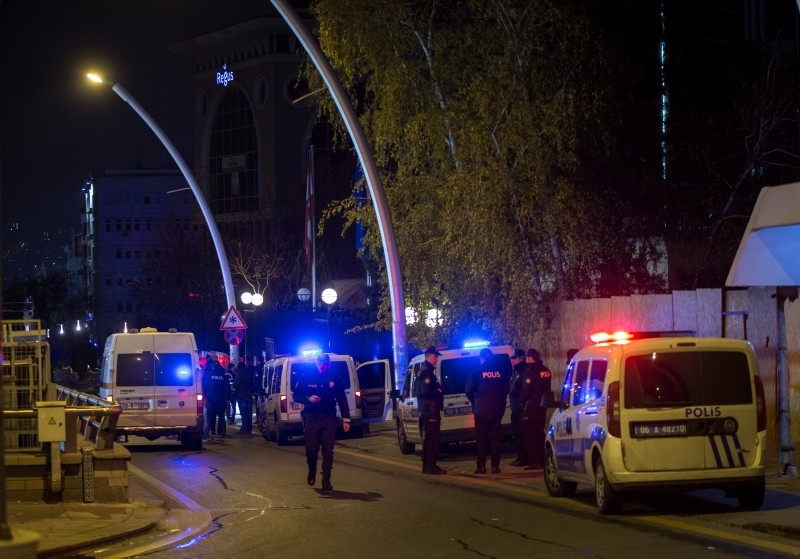 Two people were detained Sunday after shots were fired near the Austrian Embassy in the Turkish capital Ankara, Ankara governor's office said in a statement.

The shots were fired into the air from a white car and security forces briefly closed down roads near the embassy. Crime scene investigators found many shell casings overnight.

According to the statement, the two suspects were intoxicated at the time of the incident that happened around 4 a.m. local time (0100 GMT).

There were no reports of damage or injuries.

It is unclear if the embassy was the target. All was normal in the area Sunday morning.

In August, three bullets hit the gate and reinforced window outside the United States Embassy in Ankara in a drive-by shooting. No one was injured. The U.S. embassy is located on the same boulevard as the Austrian, about 130 meters (427 feet) away.