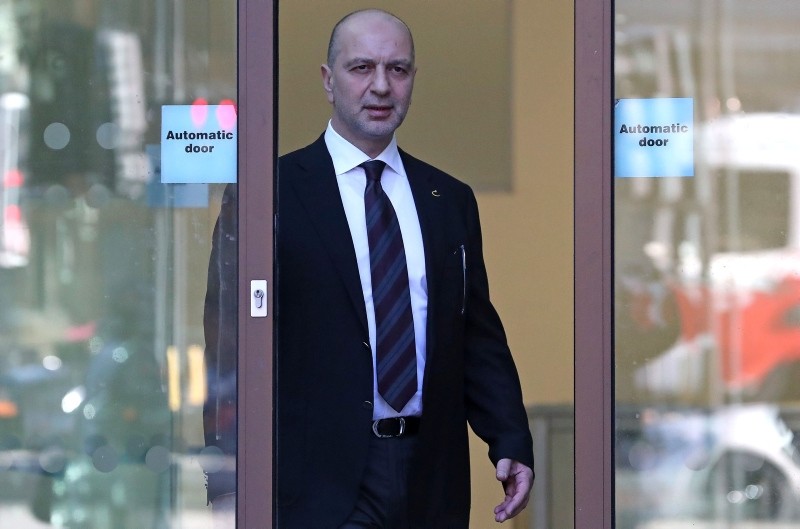 Turkey has a right to appeal the Westminster Magistrates Court's decision to not to extradite İpek, Talip Büyük and Ali Çelik within 14 days. Büyük was an alleged "imam" for Iraq for the terrorist group, controlling FETÖ followers in that country, and Çelik was the director of Bank Asya, a now-defunct lender linked to the group.

Most renowned among defendants is Akın İpek, who once ran a business empire in Turkey. The court ruled that probation conditions for the defendants, including seizure of their passports, will resume during the appeal period and they were ordered to stay in London during the process.

Ipek was detained on May 23 after Turkey's request for his extradition over charges related to the July 15, 2016, defeated coup orchestrated by FETÖ.

The suspect left Turkey prior to the seizure of his Koza Holding by court order in October 2015. He lost lawsuits he filed in U.K. courts for the return of his assets seized by Turkey.

Ipek, who studied business in the United Kingdom, inherited a printing business from his father, and in the 2000s, his business empire considerably expanded — with some critics tying it to his links to FETÖ — and branched into the mining sector with a gold mine in western Turkey. He made a foray into media by buying the Bugün newspaper in 2005. It was followed by more media purchases, including Kanaltürk TV and the establishment of Bugün TV. Some newspapers and TV stations were well-known mouthpieces for FETÖ before Turkey moved to shut them down.

He is currently sought by Turkish authorities for "managing a terror group, financing terrorism, embezzlement and spreading propaganda for a terror group." Ipek's brother, Cafer Ipek, and mother, Melek Ipek, are among 45 defendants currently on trial in Turkey for FETÖ links with his business conglomerate.

In a previous case, the U.K. High Court rejected Ipek's wish to use up to 3 million pounds of his U.K. subsidiary Koza Ltd.'s money to fund his personal legal expenses in Turkey after an "essential artificiality" was found in the transaction papers of the company.

His U.K.-based private company Koza Ltd. reportedly possesses over 60 million pounds ($84.8 million) and is considered one of the main financial backers of FETÖ.

"The Turkish judiciary's extradition request stems from international law and agreements. The U.K. judiciary's decision is a political assessment. We expect Britain to comply with international law and agreements and extradite fugitive FETÖ terrorists and to show its friendship and alliance with Turkey. We will continue our fight for extradition until members of this terrorist group account [for their wrongdoings] before Turkish courts," Gül said.

The terrorist group, which disguised itself as a charity and school network with religious undertones before first moving to seize power in 2013, still controls a number of schools and companies as well as foundations across the world.

A report by Turkey-based Foundation for Political, Economic and Social Research (SETA) says that the terrorist group has an extensive and multidimensional structure in the U.K., which has significantly progressed since Gülen's first visit to London in 1993. Although the group initially focused on areas with Turkish communities, they later extended their scope of power and influence to other parts of the country and have established a number of nongovernmental organizations (NGOs), associations, mosques and cultural centers to attract more members, the report said. The report also highlights that British society was not aware of FETÖ activities in the country prior to the July 15 failed coup attempt, and the fact that they have portrayed themselves and their organizations as NGOs has allowed them to receive support from senior bureaucrats, politicians and party representatives.