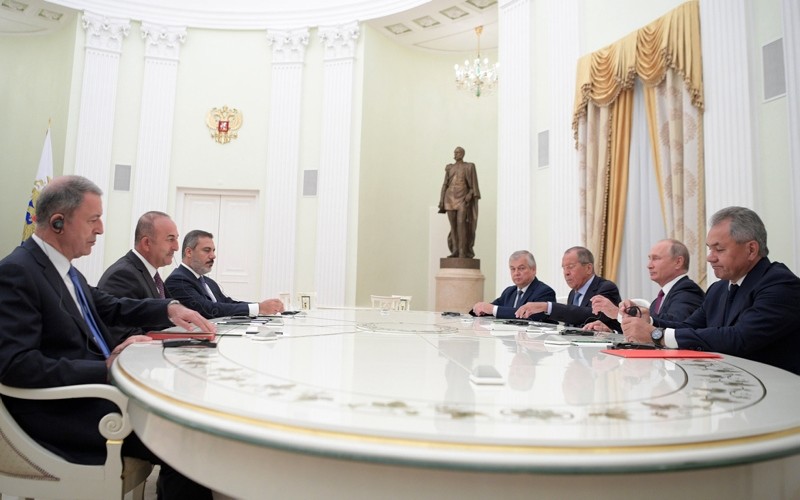 A Russian national working as a translator for Turkey's Foreign Ministry in meetings in Russia is under criminal investigation over allegations of leaking information to the shadowy cult led by Adnan Oktar, which faces charges of international espionage along with sexual abuse and organized crime.

According to a report by Turkish daily Akşam, former members of Oktar's controversial cult testified that the contracted translator, identified as Leyla O., was leaking transcripts and details of meetings between Turkish Foreign Minister Mevlüt Çavuşoğlu, Turkish delegations and their Russian counterparts.

There were also important correspondences of names close to Oktar found in the computers, which reveal the details of the meetings between the translator and the group.

It is said in the confessor's statements that Leyla O. was also in touch with some other names close with Oktar in Moscow.

Following the allegations, the prosecutor's office requested information from the Foreign Ministry about the translator. The ministry is yet to answer the request.

Oktar was arrested in July along with 168 others for allegedly committing numerous crimes. Following his arrest, allegations circulated in Turkish news outlets that Oktar and his cult was involved in espionage on behalf of the U.S. and Israel.

His group has been accused of crimes including establishing a criminal organization, sexual abuse of children, sexual intercourse with a minor, kidnapping, extortion, violating tax law, espionage and violating the anti-terrorism law.

Oktar, 62, emerged as a larger-than-life figure in recent years after a string of legal troubles with the law in the 1980s and 1990s. His TV shows, where he surrounded himself with surgically enhanced young women he called "kittens" and "good-looking" men, made him a household name.

His critics claim that he brainwashes young women and men from wealthy families into joining his cult, a claim he has repeatedly denied. Former members of the cult who confessed their ties, accused Adnan Oktar and his male followers of sexual abuse, torturing female members and blackmail.

The cult leader is primarily known for a series of books challenging the theory of evolution he wrote under the pseudonym "Harun Yahya." He first made headlines in the 1980s when he was arrested for promoting theocracy. Adnan Oktar was charged with blackmail and arrested in September 1999, but the charges were dismissed after a two-year trial.

After a court found him mentally ill, he spent 10 months in a psychiatric hospital and kept a relatively low profile after his release. He established a foundation in 1995 and started publishing books on creationism.