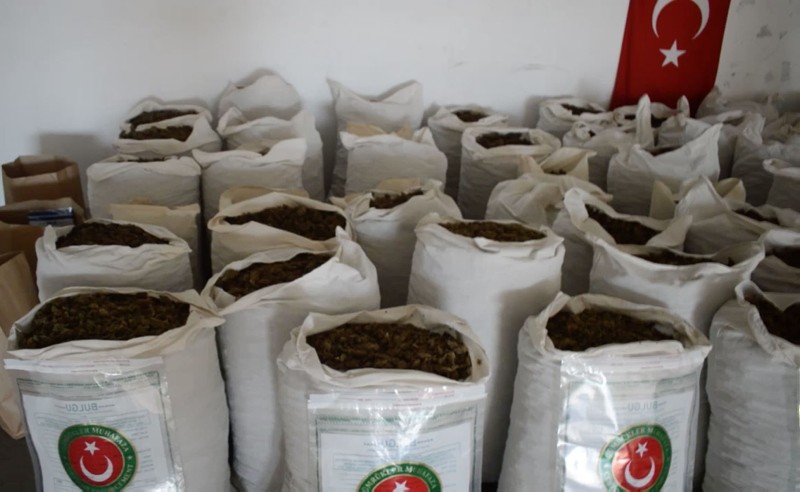 The drugs were found in a truck transporting soybeans, the ministry said.

The customs enforcement officers sent the vehicle to an X-ray scan after previously conducting fieldwork and receiving intelligence, and later decided to physically search it as the scan raised suspicions.

As a result of the search, aided by sniffer dogs, 152 10-kilogram sacks of hashish were discovered. The sacks of drugs were disguised to match the physical appearance and weight of the legally transported soybeans.

The Trade Ministry said it was the largest single drug seizure in its history.

Three people, including the truck's driver — an Albanian national — and two in Istanbul, were detained as part of a broader investigation.