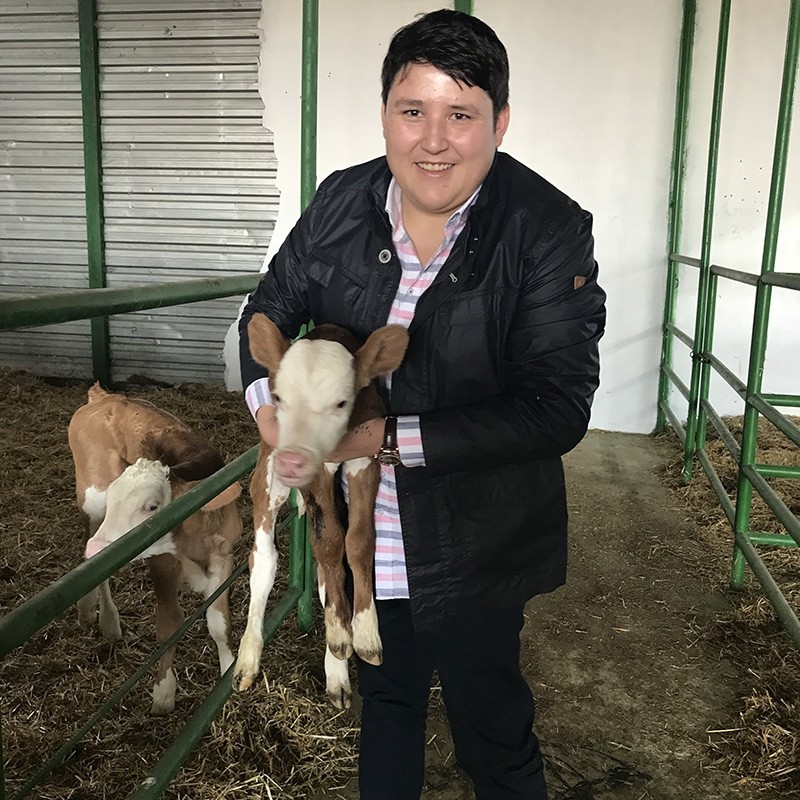 The defrauder behind a Ponzi scheme based on an online virtual farming simulator called Çiftlik Bank has been added to Interpol's most wanted list.

Mehmet Aydın, the boyish developer who swindled thousands of people, was added to the list as a result of the initiative of Turkey's General Directorate of Security.

The 26-year-old is accused of fleeing abroad with the millions of dollars he defrauded through the online app he developed. His current location has not yet been determined.

Aydın's ubiquitous ads were seen on TV and in print media, where his naive grin and rousing yet seemingly far-fetched pledges of fortune for potential investors garnered fans on social media and made him a household name in Turkey, especially after his scheme was disclosed last year. He was one of the most talked-about names on social media and even inspired similar schemes using the word "bank" in their names.

Mehmet Aydın's older brother Fatih Aydın is also included on the most wanted list, according to NTV.

According to a letter from the Istanbul Chief Prosecutor's Office, Mehmet Aydın and his accomplices collected TL 1.1 billion ($280 million) from more than 132,000 people in one year.

Aydın developed Çiftlik Bank with the promise of turning the real currency players invest in the virtual game to tangible investments. He did just that, unveiling sprawling farms in two cities with much fanfare.

Despite past cases showing such pyramid schemes to be unrealistic generators of revenue for players and in fact amount to fraud, the app attracted many people fascinated with get-rich-quick scheme. Initial investors were paid back while the rest flocked to the company's facilities to impound the "real" animals they had invested their money in.

Aydın and other founders of the farming simulation face charges of running a criminal organization, online fraud and money laundering. Assets of three companies linked to Çiftlik Bank were seized and authorities confiscated some TL 3.9 million "obtained through criminal means" according to prosecutors.

According to the Chief Prosecutor's letter, Çiftlik Bank had 388,099 more players but they abstained from investing real money since the game was launched in 2016 summer. Prosecutors acknowledge that the company paid a total sum of TL 687.8 million in returns to players but it was supposed to pay more than TL 2.9 billion, if "the system worked properly."