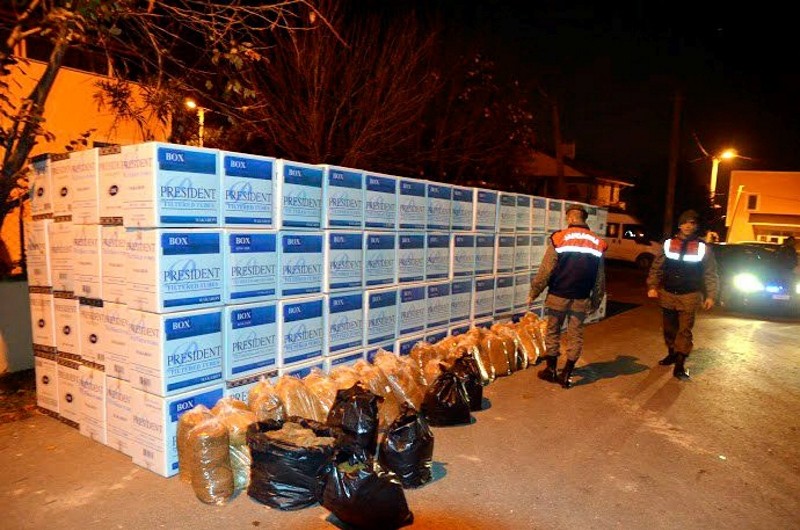 In a statement issued on the International Customs Day, Ruhsar Pekcan said the value of smuggled goods captured by the officials surged 20 percent on a yearly basis.

"While measures are being taken to stimulate the legal trade, we continue to fight against smuggling to prevent financing of crime and terrorist organizations.

"The economic losses of our country are prevented and the competitive capacity of honest traders are protected with the measures taken," she said.

Hitting 21 percent in 2014, the rate of illegal tobacco in the country recorded a gradual decline over the past few years and fell to 5.8 percent in 2018.

"At this point, the rate of smuggled cigarettes in our country fell far below the EU's average of 15 percent and the global average of 10 percent," Pekcan said.

"As a result of this rapid decline, the country's tax revenue from tobacco increased by nearly 4 billion Turkish liras," she added.

The trade minister also said 1,500 tons of illegal fuel and 46.3 tons of narcotics were seized by Turkish authorities through the inspections in 2018.