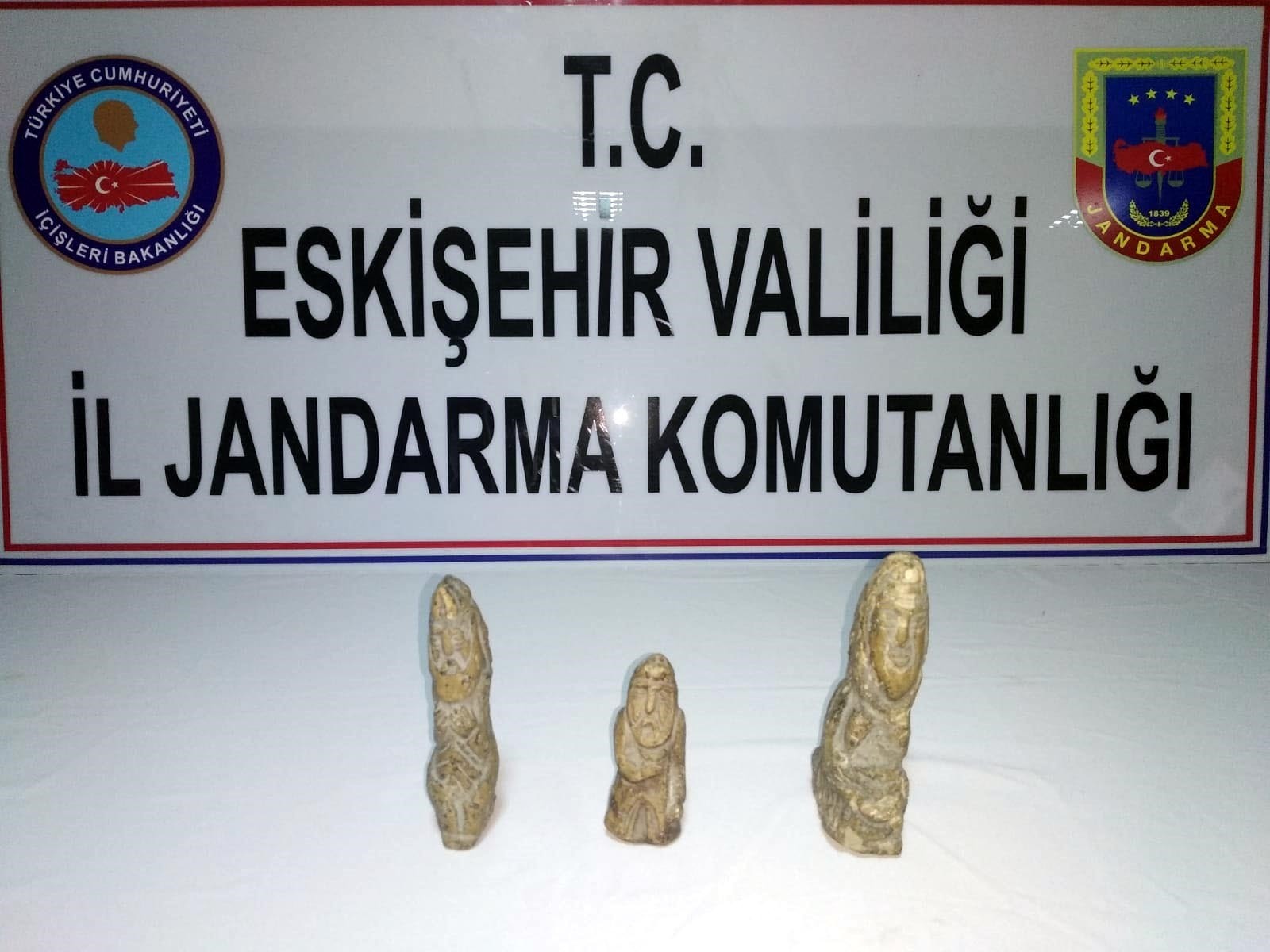 Working on a tip off, security forces from the anti-smuggling department of the gendarmerie stopped a suspicious vehicle near a roadhouse on the Eskişehir-Ankara highway Thursday. They found the monuments in a vehicle belonging to one of the three suspects. The suspects were immediately taken into custody.

The three historical sculptures, which are believed to date back to the Roman period, are currently being examined.

Turkey has been fighting for the return of stolen historical artifacts at home and abroad. Thousands of anti-smuggling operations are carried across Turkey every year to halt the illegal sale of historical objects and to protect the country's rich cultural heritage.

The issue is crucial to a country that is home to about 3,000 ancient cities from 42 different civilizations. Turkey's tourism industry relies on its rich historical heritage to attract millions of foreigners each year.

At the end of 2018, Turkish security forces confiscated around 10,000 historical coins dating back to the Roman and Byzantine eras in the Aegean province of Kütahya.

In an anti-smuggling operation, gendarmerie raided a gas station following a tip-off that a group was planning to smuggle historical artifacts.

Last September, Turkey recovered the Roman sarcophagus of Hercules from Switzerland after it had been smuggled from the ancient city of Perge in the southern Antalya province almost half a century ago.In August, police seized a large haul of artifacts, from Persian jewelry to ancient Qurans, in an anti-smuggling operation in Istanbul. Eleven suspects were detained in operations across three districts of Istanbul.Among the 714 artifacts the suspects planned to smuggle abroad were two handwritten Qurans dating back to the 15th century, a 2,500-year-old set of gold jewelry belonging to a Persian king, ancient Greek coins with figures of the goddess Athena and ancient coins bearing the figures of Sassanid kings.

In the beginning of 2018, security forces in the southern Mersin province detained a smuggler who allegedly carried out an unauthorized excavation and was trying to sell the artifacts abroad.

Gendarmerie forces in Mersin's Tarsus district carried out a raid on the suspect's house and discovered 196 artifacts from the Byzantine period and 60 coins from the same period.