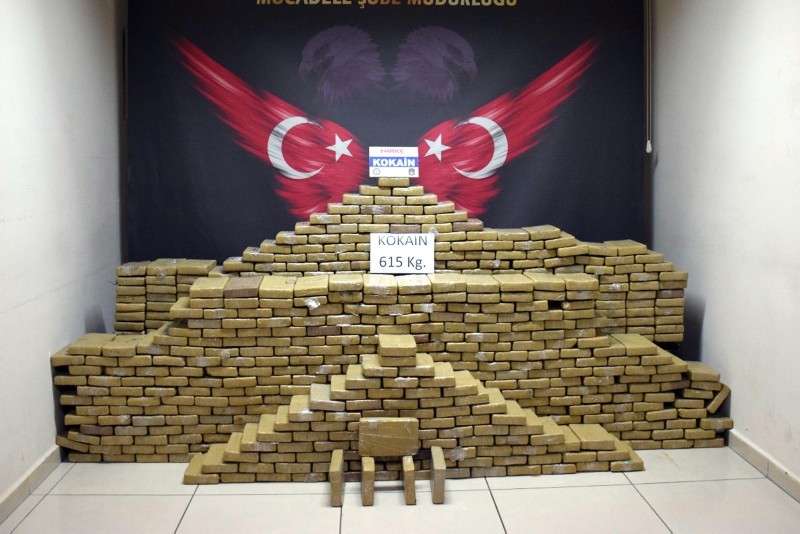 Turkish police seized 615 kilograms of cocaine in an operation in the southern province of Mersin, local prosecutors said Tuesday in a statement.

In a joint operation with security forces from the southern province of Hatay, Mersin anti-drug teams searched a container at the port of Mersin said to contain only bananas from Ecuador.

But the search uncovered at least 530 packages of cocaine, the statement said.

Four suspects were also detained in the operation.

In September, Turkish authorities seized 800 kg of cocaine aboard a cargo ship off Kocaeli province, dubbed by Turkish media as the largest haul of the drug seized in a single operation in Turkey.