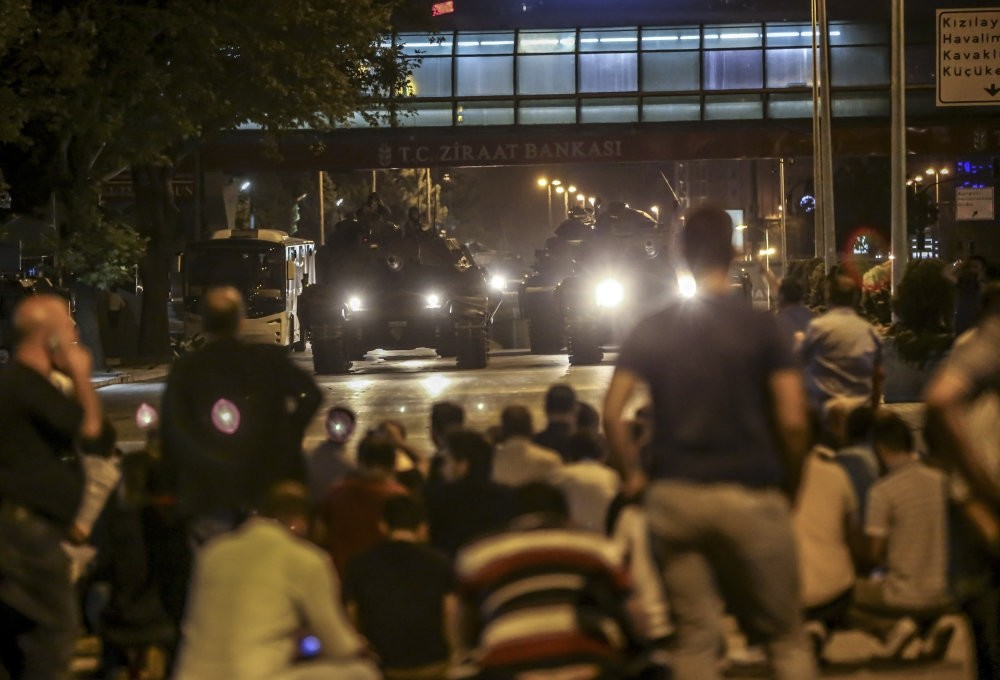 The Interior Ministry has offered TL 66.9 million in rewards for tip-offs leading to the capture of 74 military officers on Turkey's most wanted list for their role in FETÖ terrorist group's failed coup attempt in 2016

Turkey upped the ante in its fight against the Gülenist Terror Group (FETÖ) and included 74 new names on the list of most wanted terror suspects in the country. All are former military officers who went on the run after the July 15, 2016 coup attempt was thwarted. They are among 490 officers who have managed to dodge authorities after the foiled coup that was masterminded by FETÖ members.

The Interior Ministry is offering a total of TL 66.9 million in rewards for the capture of 74 suspects. Those who provide information about the whereabouts of any of the 12 suspects in the "Red" category will receive a prize of TL 4 million. Lesser sums will be paid for those with smaller roles in the coup attempt.

Ali Kalyoncu, a brigadier general who was the head of recruitment department of the Turkish Army's Land Forces Command at the time of the coup attempt, is among the suspects with a TL 4 million prize offered for tip-offs leading to his capture.

Kalyoncu was going to be assigned as one of the senior commanders for the capital Ankara if the coup had succeeded according to investigations on the coup attempt. He assumed the command of a key military base in Ankara's Mamak district on the night of July 15, 2016, on behalf of the putschists. He ordered tanks and armored vehicles in the base to deploy to several locations in Ankara, including the army's main headquarters a few kilometers away. Osman Ünlü, another putschist general who was captured following the coup attempt, had described him in a trial as "a crazy man."

"He told me he would prefer killing himself than giving up," Ünlü recently said at a hearing.

An indictment against Kalyoncu says he ordered "killing any civilian that climbed on their tanks and vehicles." Civilians mobilized after President Recep Tayyip Erdoğan called to take to the streets against the putsch bid had tried to stop putschists by shutting down the roads and trying to evict putschists from tanks and armored carriers. Some were crushed to death while others were killed in gunfire by putschists.

Mehmet Nail Yiğit, another brigadier general on the list, is accused of organizing the attempt to abduct politicians, including a former prime minister and his deputy.

Col. Ahmet Zeki Gerehan, who is also on the list, is accused of running the Istanbul leg of the coup attempt. Capt. Burkay Karatepe, who is among the most wanted, is the only fugitive member of two teams dispatched to assassinate President Recep Tayyip Erdoğan while the latter was on vacation with his family in the southwestern Turkish province of Muğla on July 15, 2016.

Though the whereabouts of the most people on the list remain unclear, the location of eight of the fugitives is known to Turkey. They include the eight officers, including two majors, who fled to Greece after hijacking a military helicopter in the aftermath of the coup attempt. To the chagrin of Ankara, Greece refused to extradite them and granted asylum at least two among fugitive officers while others await approval of their asylum requests at a secret location Greek authorities took them to. They were deployed at an Istanbul military base where a high-ranking military officer was killed when he confronted the putschists on July 15, 2016.

Others with lesser bounties on their heads include a general who was deployed at a military hospital, a colonel who was working at the Ministry of Defense at the time of the coup attempt, an officer who ordered the takeover of A Haber, a TV station owned by Daily Sabah's parent company Turkuvaz Medya, and the former aides of then army chief Hulusi Akar, who was kidnapped by putschists.

Currently, the most wanted list includes 342 suspects linked to FETÖ. Fetullah Gülen, the U.S.-based leader of the terrorist group and Adil Öksüz, a senior Gülenist accused of orchestrating the coup attempt are also in "Red" category.