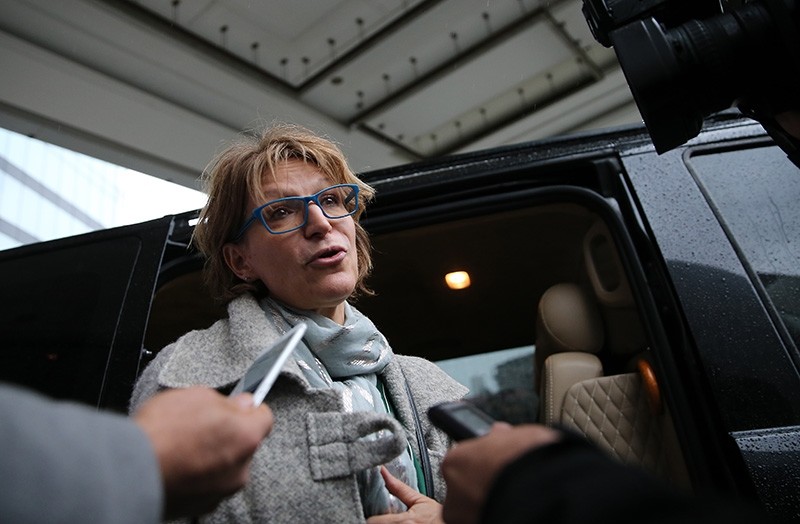 Agnes Callamard, UN special rapporteur on extrajudicial executions, leaves hotel where she stayed in Sisli district, to go Ataturk International Airport before her departure to Ankara on Jan, 31, 2019 in Istanbul, Turkey. (AA Photo)
by Daily Sabah with Agencies Feb 07, 2019 8:24 pm

A U.N. expert has concluded that Saudi Arabia undermined Turkey's efforts to investigate the death of journalist Jamal Khashoggi, which she described as a "brutal and premeditated killing" planned and carried out by Saudi officials.

"Evidence collected during my mission to Turkey shows prime facie case that Mr. Khashoggi was the victim of a brutal and premeditated killing, planned and perpetrated by officials of the State of Saudi Arabia," Agnes Callamard, U.N. special rapporteur for extrajudicial summary or arbitrary executions, said in statement Thursday after a weeklong visit to Turkey.

Khashoggi, a Washington Post columnist who wrote critically about Saudi Crown Prince Mohammed bin Salman, was killed inside the Saudi Consulate in Istanbul on Oct. 2.

Callamard said in a statement that "woefully inadequate time and access was granted to Turkish investigators to conduct a professional and effective crime-scene examination and search required by international standards for investigation."

Callamard said she and her team of experts had had access to part of "chilling and gruesome audio material" of Khashoggi's death obtained by the Turkey's National Intelligence Agency (MIT).

During their visit to Turkey, Callamard and her team met with Foreign Minister Mevlüt Çavuşoğlu, Justice Minister Abdulhamit Gül, Istanbul Chief Public Prosecutor Irfan Fidan and other government officials involved in the investigation into Khashoggi's murder.

"The murder of Jamal Khashoggi and the sheer brutality of it has brought irreversible tragedy to his loved ones," Callamard said. "It is also raising a number of international implications which demand the urgent attention of the international community including the United Nations."

The Saudi government communications office did not immediately respond to a request for comment on the report.

A Saudi public prosecutor's spokesman said late last year that 21 Saudis had been taken into custody over the case, 11 of whom had been indicted and referred to trial. The prosecutor has said authorities were seeking the death penalty for five of the 11 indicted suspects.

Callamard said that she had "major concerns" about the fairness of proceedings for the 11 Saudis facing trial and had sought an official visit to the kingdom.

The rapporteur's final report is scheduled to be presented in June before the U.N. Human Rights Council in Geneva, but is expected to be published a few weeks earlier, in late May.

In the report, Callamard will present a series of recommendations, which are not binding.