More than 100 deputy police chiefs arrested over links to FETÖ 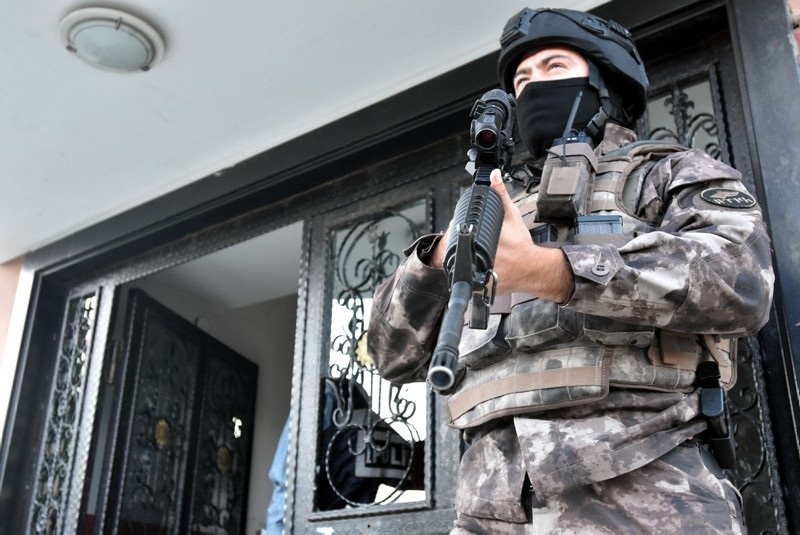 A special operations police stands guard outside a house where an operation is underway against FETu00d6 members (DHA File Photo)
by Daily Sabah Feb 17, 2019 8:29 pm

According to Uzunkaya, nearly 800 suspects were also detained.

The terrorist group behind the July 15, 2016, coup attempt that killed 251 people is accused of employing its infiltrators from the air, land, naval and gendarmerie forces of the Turkish Armed Forces (TSK) to attempt to overthrow the government. The attempt failed due to a strong public resistance against the putschists, and tens of thousands of people were detained or arrested in its aftermath.

Prior to the coup attempt, Turkish intelligence discovered that FETÖ used ByLock, uncovering millions of messages sent by group members, from simple greetings from the group's U.S.-based leader Fetullah Gülen to instructions on how to avoid detection. ByLock is believed to have been devised by developers linked to the terrorist group.