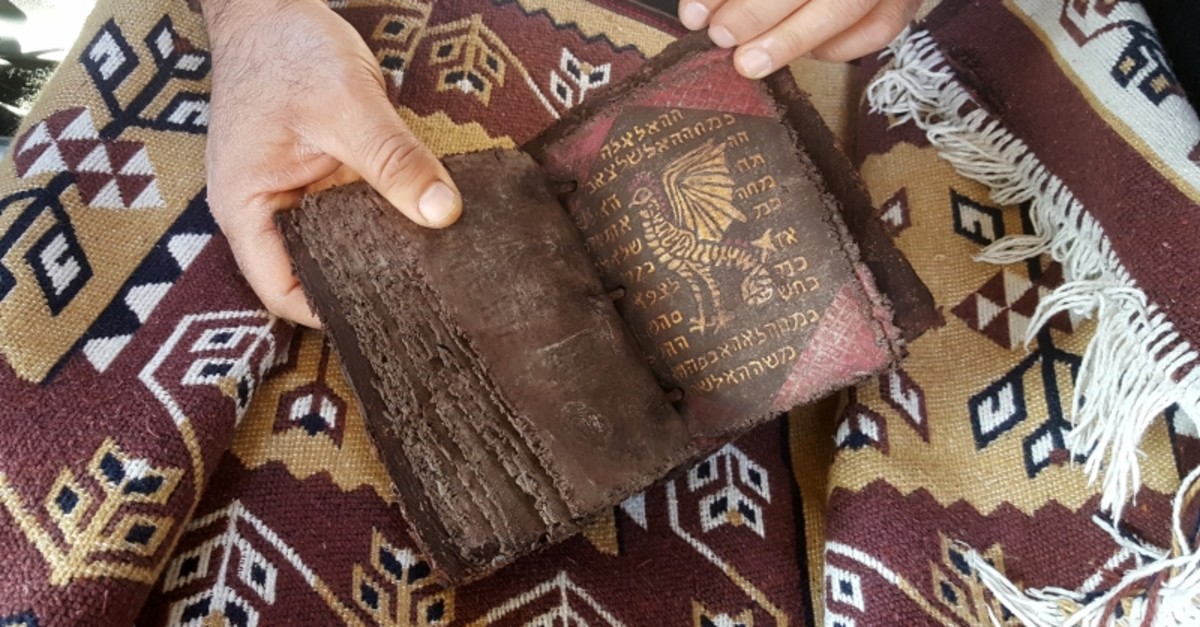 Acting on a tip, police squads stopped a suspected car with an Istanbul license plate on the Ankara-Kayseri highway near the Kaman district of Kırşehir.

They found the manuscript — thought to be stolen from a Syrian museum — hidden in a rug in the car, said the sources, who asked not to be named due to restrictions on speaking to the media. 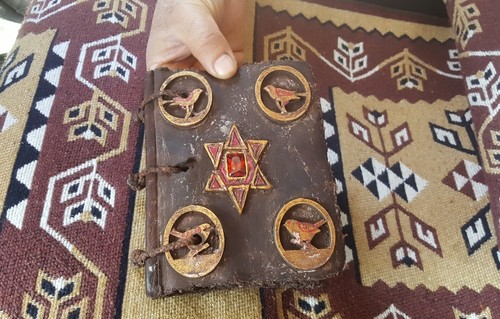 The 16-page book written in Hebrew includes figures of different bird figures, a hexagonal shape and a red stone on the cover page.

During the police search, a blank firing gun and cartridges in the glove box of the car were also seized, the sources said.

Two suspects in the car — identified only by their initials, E.S and K.G. — were arrested on antiquities trafficking charges.

According to suspects' testimonies to the police, they bought the manuscript in the southeastern Mardin province and were planning to sell it in Istanbul for a large sum of money.

The manuscript was stolen from a museum in Syria during the conflict and was brought to Mardin illegally, the suspects said in their testimonies.