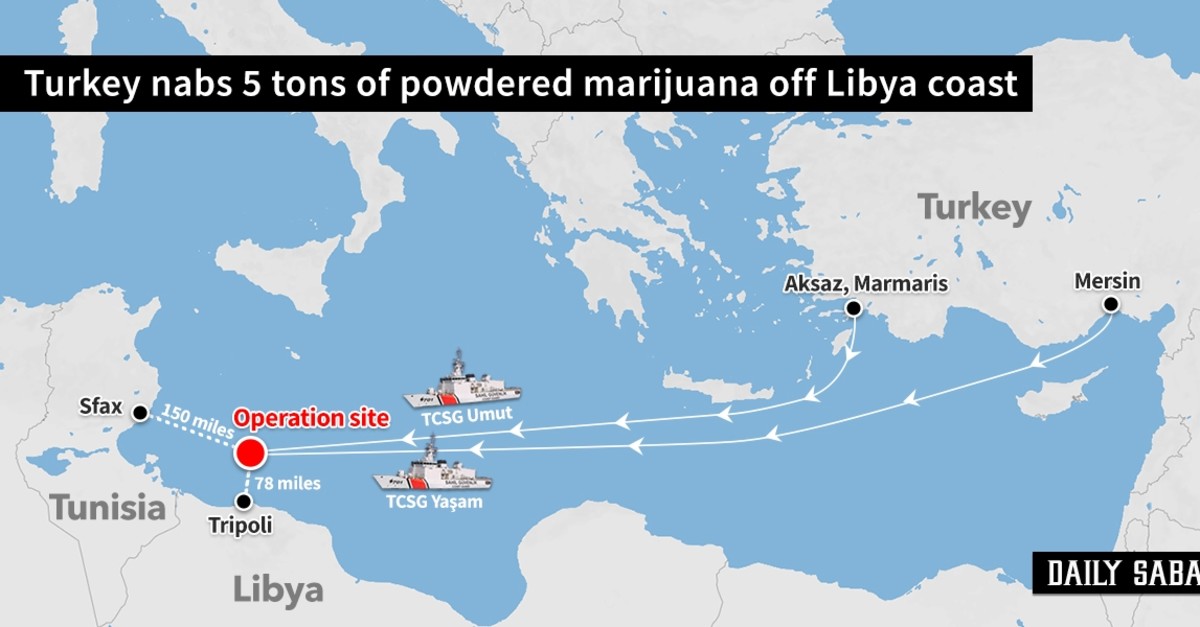 A joint operation by the Turkish National Police, Gendarmerie Command and Coast Guard Command managed to capture five tons of powdered marijuana bound for Turkey off the coast of Libya in the Mediterranean.

The operation, centered in western Turkey's Izmir, was conducted in international waters 78 nautical miles (144 kilometers) off Libya's Tripoli, 150 nautical miles (277.8 km) from Sfax, Tunis and 750 nautical miles (1,390 km) from the Turkish coast. Security forces detained a drug smuggler identified as I.Y. and 12 others in the operation and in raids in Istanbul, Izmir and northwestern Tekirdağ provinces. Units that took part in the operation continue searching hidden compartments of the ship, which is being brought Turkey with Turkish warships escorting it. 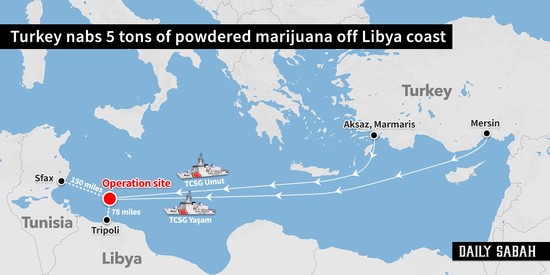 Security sources told the Demirören News Agency (DHA) that an investigation was launched by the public prosecutor's office in Menemen district upon a tipoff that a significant haul of drugs would be shipped to Turkey from abroad by the sea. The counter-narcotics department of the Izmir Security Directorate began technical and physical surveillance that, after four months of investigative work, revealed the identities and connections of the smugglers.

A statement by the Interior Ministry said that a Turkish-flagged ship, which set sail from Izmir on Feb. 2, traveled to the northwestern African countries of Mauritania, Morocco and Algeria to procure drugs from its local connections. Upon information that the drugs would be loaded into fishing vessels and private boats to be distributed in different directions, the joint operation dubbed "Unity" was launched and six suspects were detained, it added.

Interior Minister Süleyman Soylu hailed the "magnificent" operation in a message released on his Twitter account and congratulated all departments that took part.