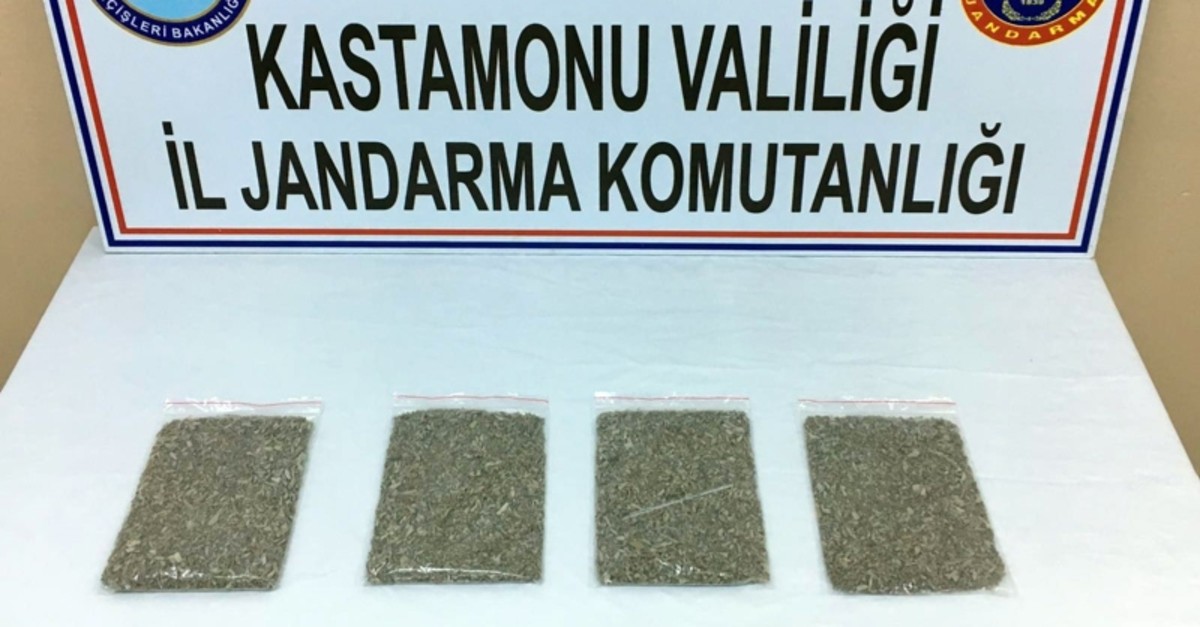 Turkish security forces seized a variety of drugs, tools and weapons in dawn raids against drug dealers in the western and central parts of the country Monday.

Provincial gendarmerie forces and local gendarmerie units seized 600 grams of the drug bonzai in an anti-smuggling operation in Kastamonu's Taşköprü district in the western Black Sea region in the early hours of Monday.

Bonzai, described as synthetic cannabis, has similar characteristics to marijuana but is more destructive to the metabolism as it consists of synthetic materials. It causes rapid brain damage, with symptoms including schizophrenia-like behavior. The drug is also blamed for sudden heart failures.

One suspect was also detained in the operation.

Meanwhile, the anti-narcotics branch of the provincial security directorate in western Düzce province detained three suspects over drug smuggling in an operation in the city center.

Police seized 108 grams of hashish, three drug pills, a pistol and various tools used in drug production in raids on properties belonging to the suspects. The suspects were later arrested by court.

In 2014, the Turkish government launched "The Rapid Action Plan Against Drugs" to counter drug abuse and smuggling. Since then Turkey has been fighting on multiple counter-narcotics fronts. It targets addicts through better rehabilitation and awareness campaign. It also targets smugglers and small-time dealers with more operations carried out by newly-formed "narco teams" that especially focus on operations around schools and other places where youths, the most vulnerable targets for drug peddlers, go.