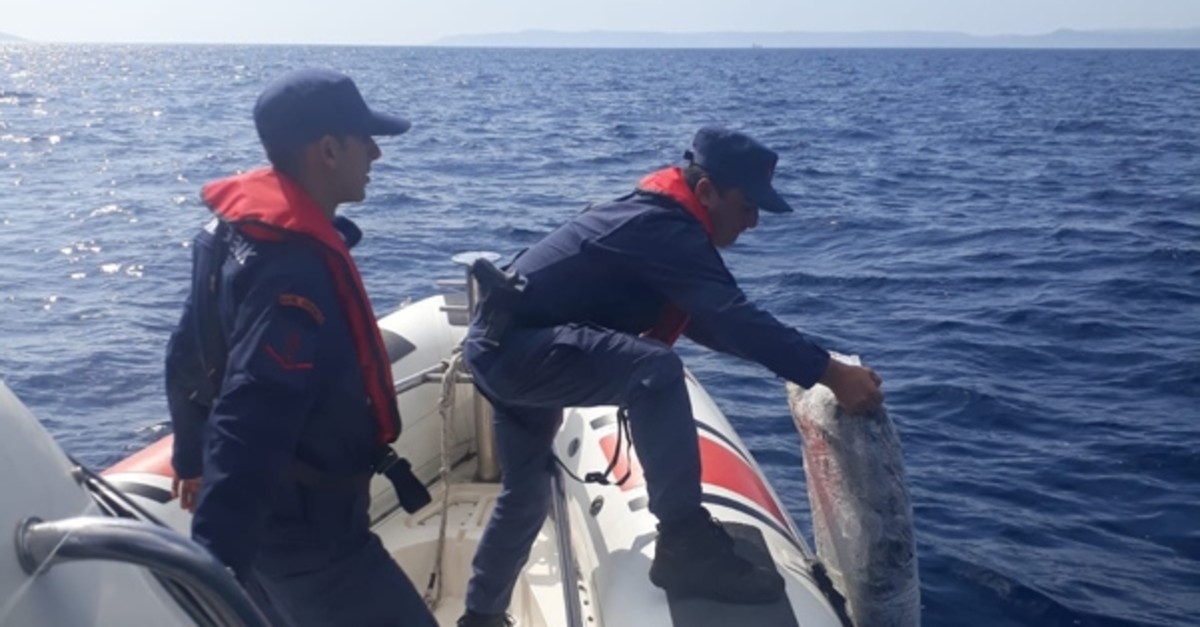 A total of 1.4 tons of drugs were found floating off Turkey's western shores Tuesday after a boat carrying the packages sunk near western Balıkesir province.

Coast guard units in Ayvalık district informed the provincial gendarmerie command after a ship owner found a suspicious package off the southern shores of Maden Island.

A preliminary investigation revealed that the package contained skunk, a potent drug produced from genetically-modified cannabis.

Coast guard units circling above the scene on helicopters later discovered that a wooden boat carrying the drug packets, which approximately had a TL 66.3 million ($10.7 million) market value, had capsized off the shores of Yellice Island, flooding the waters with thousands of packages.

Meanwhile, other packages containing the same drug substance and believed to have been on the same boat were also found off the shores of Büyükhusun village, the ancient port of Assos in Behram village and Küçükkuyu village. Officials said strong southwesterly winds were to blame for the scattering of the packets, some of which reached as far as Kadırga bay in the Ayvacık district of northwestern Çanakkale province.

Gendarmerie units found that the boat belonging to a suspect identified as V.Y. had sunk due to overloading.

The owner of the boat and five other suspects were later detained, meanwhile police are on the hunt for another suspect related to the incident.

Turkish security forces carried out more than 134,000 narcotics operations in 2018, according to the Interior Ministry.