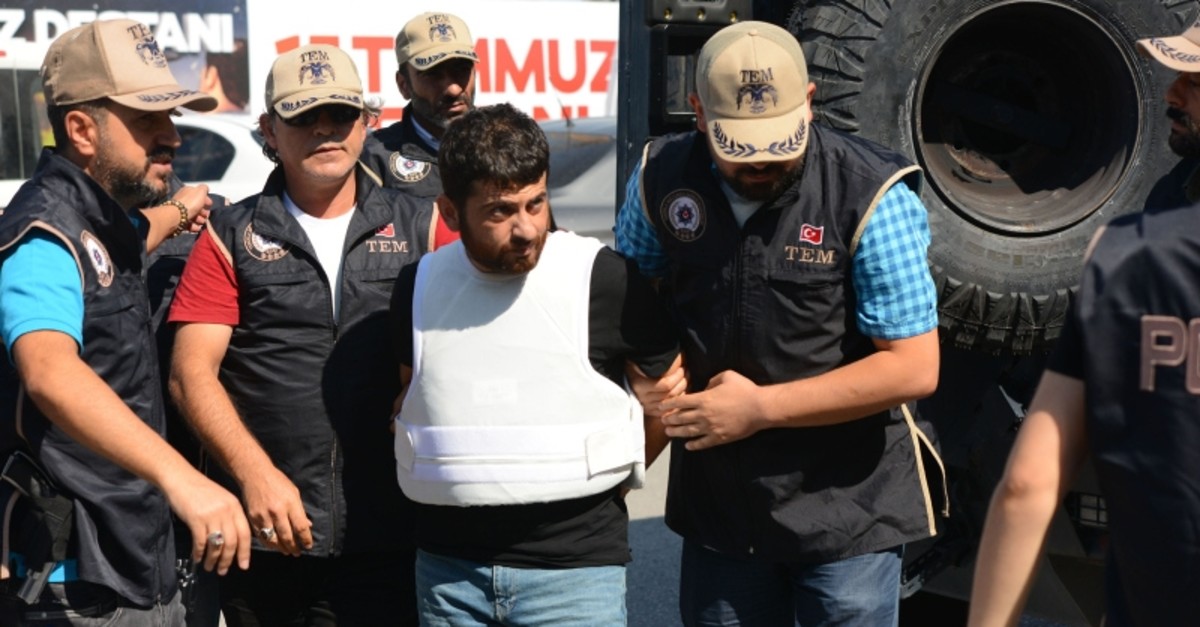 Yusuf Nazik, one of the masterminds of the 2013 bombings in southern Turkey, linked to the Syrian intelligence, which killed 52 people was sentenced to life separately for every victim killed in the bombings by a Turkish court

In the last hearing of his trial, months after he was brought to Turkey from Syria, Yusuf Nazik, a key plotter of the 2013 attacks in the Reyhanlı district of the southern Hatay province, was sentenced to 53 aggravated life terms by a court on Monday.

The Ankara 9th Heavy Penal Court sentenced him for murder and harming state unity. He was also sentenced to 5,306 years in prison for crimes including attempted murder of 130 people, harming property and being a member of the armed terrorist group People's Liberation Party-Front of Turkey (THKP/C).

Nazik, 34, has confessed to playing a role in the deadly bombing in the town of Reyhanlı in Hatay, southern Turkey, which killed 53 people. In November, the prosecutor asked the court to hand Nazik a 53-times aggravated jail term on charges of "destroying the state's unity and integrity" and "killing intentionally" 52 people, including five children.

Nazik was brought from Syria's port city of Latakia, a stronghold of the Bashar Assad regime, to Turkey by the National Intelligence Agency (MIT) agents on Sept. 12 and was sent to an Ankara court under strict safety measures. He was listed in the "blue" category of Turkey's most wanted terrorists list.

According to Nazik's confession, he was given up-to-the-minute intelligence from Syrian intelligence units and scouted the crime scene prior to the attack, then moved explosives from Syria to Turkey.

Reportedly, the Assad regime did not only help Nazik during the Reyhanlı attack but it also helped him with daily life in Latakia afterward.

Twenty-two people had already been jailed earlier last year in connection with the bombings. In Monday's hearing, the court issued prison terms between 15 years and 22 years to Aykan Hamurcu and Hasan Kabakulak on charges of aiding a terrorist organization but ruled for their release.

Reyhanlı has been home to a large population of Syrian refugees since the conflict erupted in Syria and attacks in the town as well as threats from the terrorist groups on the Syrian side, have forced Turkey to escalate security and controls along its border.

Turkey has been a vocal supporter of the Syrian opposition since the start of the conflict and is home to more than 3.5 million Syrian refugees, largest of its kind in the world. Top officials of the Bashar Assad regime have repeatedly hurled veiled threats toward Turkey and authorities say Mihraç Ural, a senior militant of THKP-C's arm in Syria, is the main culprit in the Reyhanlı bombings. Ural, who portrays himself as a left-wing "revolutionary" on social media, is believed to be in Latakia where Nazik was captured.