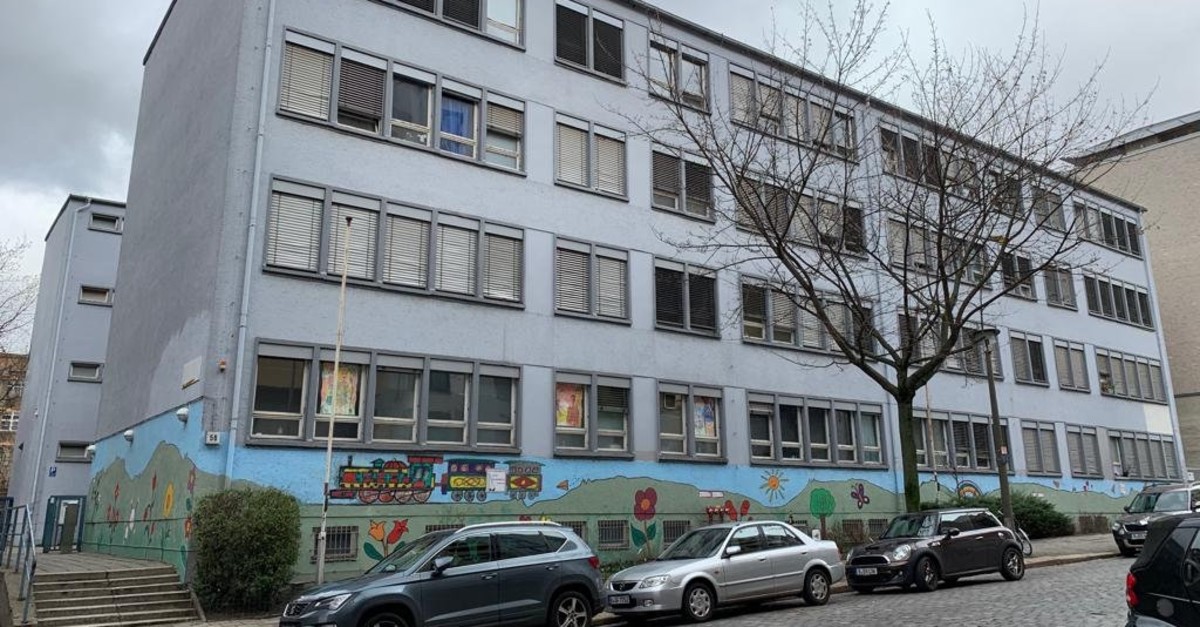 This building in Berlinu2019s Strassburger Street is among the shelters FETu00d6 members stay in while awaiting approval for their asylum requests.
by ABDURRAHMAN ŞİMŞEK - NAZİF KARAMAN May 15, 2019 12:03 am

Wanted by Turkish authorities, more members of the Gülenist Terror Group (FETÖ) have turned to Europe for their escape. Germany, with its tolerant policy toward the group blamed for the 2016 coup attempt, remains their primary destination. Arriving from Greece, Turkey's western neighbor they first fled into, members of the terrorist group are accommodated in modern camps for asylum seekers under the supervision of the German government. As they await the approval of their political asylum requests, other FETÖ members cover all their expenses, including a 30-euro accommodation fee and a 20-euro fee for other expenses daily. FETÖ is the culprit behind the July 15, 2016 coup attempt that killed 251 people and injured thousands of others. It is blamed for using its military infiltrators to try to seize power. After the coup attempt was thwarted, Turkey declared a state of emergency and launched a crackdown against the terrorist group. The massive nationwide sweep against the group has come amid an influx of FETÖ members fleeing the country for Europe.

Hundreds were stopped on the land border since 2016, while some managed to cross into Greece. Almost all members of the group new to Germany are from Greece. Yalçın Esmek, a Turkish-Dutch businessman active in Slovakia and Greece works as FETÖ's senior member arranging the trips and assisting in legal procedures for the group's members to travel to Germany, an earlier report by Sabah newspaper disclosed.Their numbers are not known, but the terrorist group's members live in close quarters in Berlin, forming some kind of "diaspora." Some 50 camps for asylum seekers house FETÖ members, and each camp accommodates 200 to 500 refugees. These are nondescript downtown buildings with high security. Some are surrounded by high fences and everyone has a security checkpoint at the entrance. The terrorist group's members spend their time in Germany in those "camps," and their expenses are covered by the terrorist group itself, with the knowledge and control of the German state. 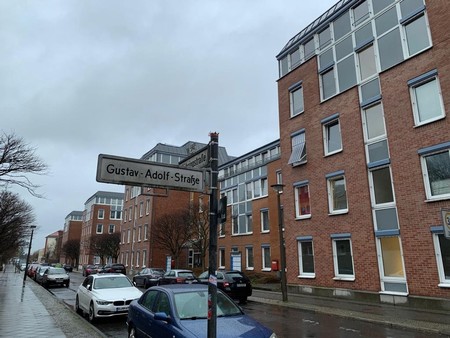 A basic escape plan for a FETÖ member starts with leaving Turkey through Greece. They cross the Meriç River, which divides the two countries, illegally into Greece, while some prefer a longer but less suspicious route. Some Gülenists travel to Georgia and Iraq and from there, they fly to Germany via a connecting flight from the United Arab Emirates. Bulgaria is also among the routes frequented by FETÖ members to reach Germany. They usually peruse Schönefeld Airport for flights and prefer settling in refugee shelters located at two addresses: Falkenberger Str. 151-154, 13088 and Columbiadamm 10, 10965. The shelter in the first address is run by a contractor named Prisod GmbH and has a capacity of 95 people. Prisod, according to its website, operates 12 such shelters that houses more than 4,400 people from over 25 countries.

No matter how they arrived in Germany, legally or illegally, FETÖ members are granted temporary IDs once they apply. All members of the terrorist group apply for political asylum. If they are found to have applied for asylum in another European Union member country before, they are unable to apply again. A preapproval process follows and if they receive preapproval, FETÖ members are sent to Berlin and other cities, to accommodation centers designated by Germany's migration authority BAMF. They are given temporary IDs that are good for three months and are required to pay 50 euros daily to those centers, 30 euros for accommodation and 20 euros for other expenses such as food. Those fees are paid by other FETÖ members.

Once BAMF approves their political asylum requests, FETÖ members are given a "refugee" passport good for five years. Although the ultimate destination is Germany for FETÖ members, some prefer traveling to other countries like France, Belgium and the United Kingdom.

If they are not staying in camps, FETÖ members spend their days outside if they can prove to BAMF that they have relatives in Germany.

Those not staying in other shelters stay in buildings owned by FETÖ located at the addresses of Wilhelm Str. 25-30, 13593, Spandau and in the Mohriner Allee district. A five-year passport issued to them allows FETÖ members to travel anywhere in the world except Turkey. Asylum requests at times are being denied, but seekers always have a right to appeal, thanks to Germany's tolerant policies.

Turkey has accused the German government in the past of turning a blind eye to FETÖ. Bruno Kahl, head of Germany's Federal Intelligence Service (BND), even described it as a "civil organization" in a 2017 statement. The group has enjoyed safe haven in the European country, especially high-profile members like Zekeriya Öz and Celal Kara, two renowned prosecutors linked to the group. Both are wanted in Turkey for membership of a terrorist group, and Turkish media has claimed they were protected by German intelligence in an unknown location. Öz and Kara were behind a string of sham trials in Turkey that helped FETÖ imprison its critics. Adil Öksüz, another important figure of the terrorist group, is also believed to be in Germany or at least stayed there for some time. Öksüz is accused of masterminding the coup attempt in 2016 upon the instruction of FETÖ's U.S.-based leader Fetullah Gülen and has been at large since the coup attempt was quelled.

Germany also serves as a shelter for the staff of FETÖ-run schools in other countries, an Agence France-Presse report says. A number of teachers working at those schools who faced extradition to Turkey were granted asylum in Germany, while a FETÖ-linked association in Berlin took control of a school chain in Ethiopia in 2017 before the schools were about to be handed over to the control of Turkish authorities.

Here are the addresses of the shelters and buildings where FETÖ members stay: