No releases in major trial on FETÖ coup bid 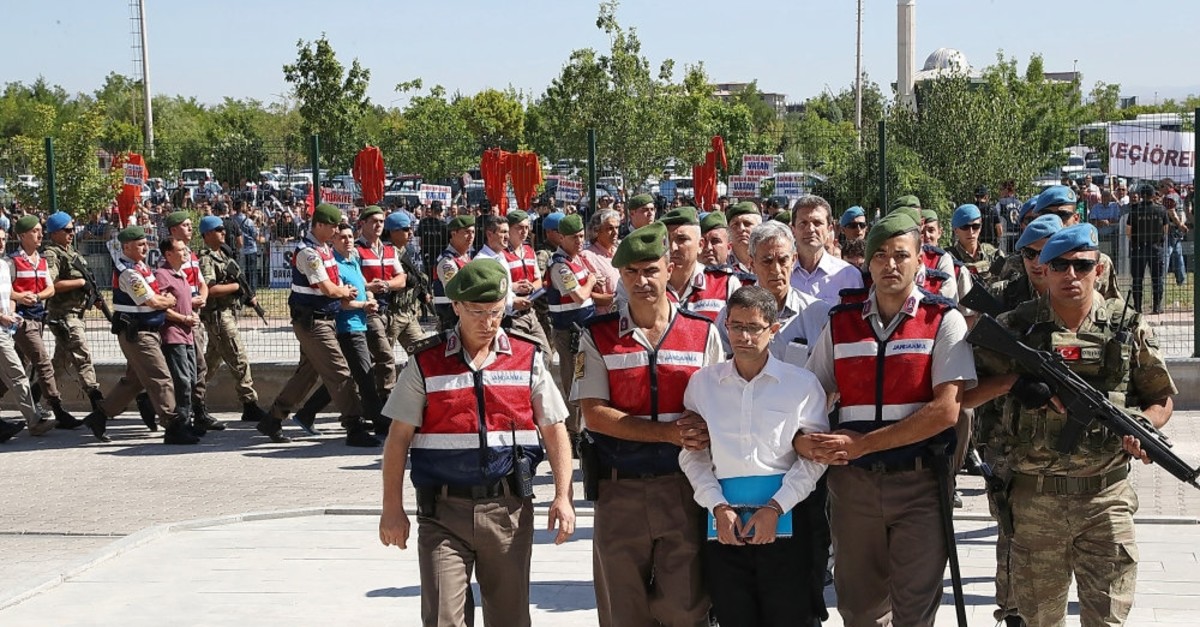 The Fourth High Criminal Court in the capital Ankara concluded a week of hearings on one of the major trials on the 2016 coup attempt. The court rejected pleas for release of defendants and set June 11 as the new date for further hearings.

A total of 475 defendants are being tried in the Akıncı trial, named after the air base in Ankara which was used as a command center for the putsch bid on July 15, 2016. Most defendants rejected their roles in the coup attempt that killed 251 people across Turkey, despite security camera footage showing them taking part in the coup and accounts of eyewitnesses.

The Akıncı trial has one of the highest number of defendants on a countrywide basis. Nearly 300 other trials on the coup attempt are expected to draw to a close by the end of this year.

The Gülenist Terror Group (FETÖ) is accused of using its military infiltrators to overthrow the government in the summer of 2016. The coup attempt preceded a planned move to weed out FETÖ members in the military. Suspects in Akıncı and other trials were captured when the coup bid was foiled thanks to a strong and unprecedented public resistance.

Seven people in the case including FETÖ leader Fetullah Gülen and Adil Öksüz, a civilian accused of planning the coup attempt upon Gülen's orders, remain at large. Öksüz, who was caught in Akıncı hours after the coup was quelled, disappeared after he was released in a controversial ruling by a local court immediately after the coup bid. Meanwhile, Gülen refuses to return to Turkey from Pennsylvania where he has been living for years.

The majority of defendants are soldiers, including former Air Force Cmdr. Gen. Akın Öztürk. Öztürk is accused of heading the "Peace At Home Council" which comprised of pro-coup soldiers and was captured at Akıncı during the coup bid. He claimed that he was simply visiting the Akıncı base where he was caught to see his grandchildren who stay in military lodgings there.

His son-in-law, Hakan Karakuş, is among the military officers who joined the coup attempt and is accused of commanding a fighter jet that carried out airstrikes against the anti-coup crowds.

A large number of people, from President Recep Tayyip Erdoğan to army generals targeted by the putschists, lawmakers and families of civilians killed by the coup plotters are among the plaintiffs in the Akıncı trial.

The 4,658-page indictment alleges 10 civilians were involved in the coup attempt. Prosecutors say 11 F-16 jets coordinated by putschists in Akıncı, dropped bombs on several locations, while two aircraft tried to scare people by creating sonic booms in Istanbul. Two other fighter jets were used to track down Erdoğan's plane as he was brought out of trouble's way when an elite team of assassins landed near the hotel where he was staying in southwestern Turkey.