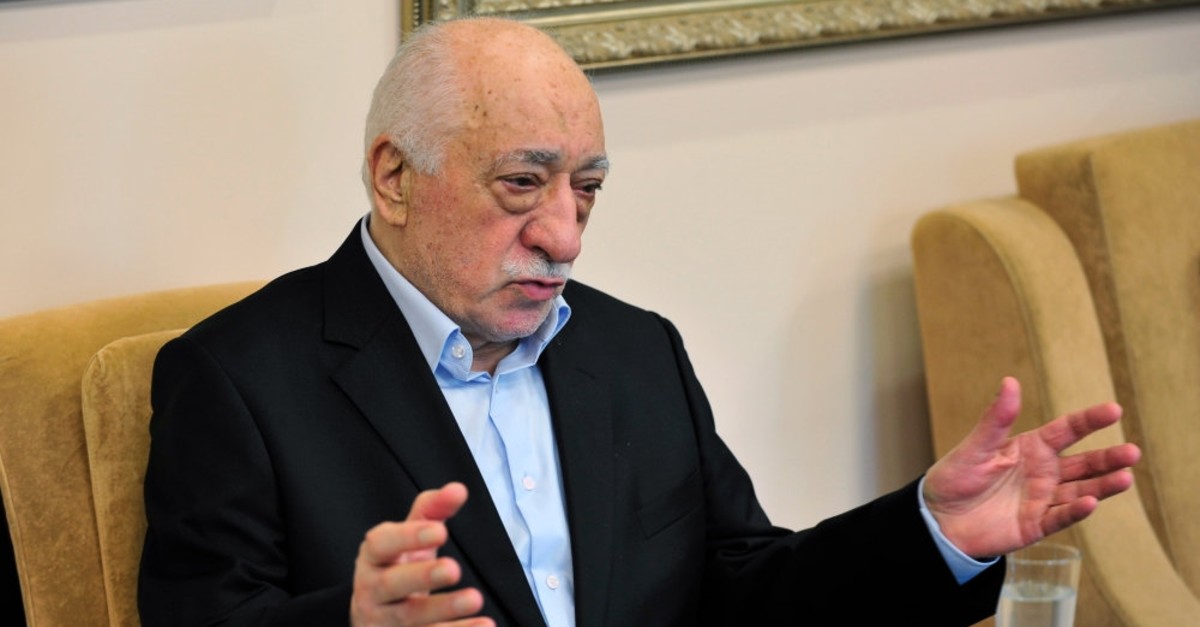 Some 92 suspects were arrested in operations against FETÖ yesterday, while trials involving the terrorist group's alleged crimes including involvement in the killing of a Russian ambassador resumed

In a new wave of operations against the Gülenist Terror Group (FETÖ) police arrested Tuesday 92 suspects, including the group's military infiltrators and civilian members. Meanwhile, new hearings in trials, in which the group is accused of a string of crimes, also began Tuesday.

In the capital Ankara, prosecutors issued arrest warrants for 52 suspects, including 48 active-duty soldiers from the Army's Land Forces Command. Thirty-three suspects were arrested in operations in 25 cities while a manhunt was underway to capture the other suspects. The suspects are wanted as part of an investigation into the terrorist group's use of payphones as a method of secret communication between its military infiltrators and their handlers. Authorities described the suspects as 50 noncommissioned officers and two "secret imams," a name used to describe FETÖ handlers controlling military infiltrators.

The terrorist group is accused of using its military infiltrators to stage the coup attempt on July 15, 2016. The coup attempt, which killed 251 people, was quelled by strong public resistance. Tens of thousands of people, affiliated with FETÖ, were detained or arrested and dismissed from their public sector jobs following the coup attempt. Subsequent investigations found that FETÖ members in the military secretly and regularly met their civilian handlers, contacting them via payphones to avoid detection.

The secret imams sought in yesterday's operations were the staff members of two ministries, the authorities confirmed. They were identified thanks to the testimonies of soldiers who were arrested in earlier operations against the terrorist group.

In a separate operation in northwestern Turkey's Kocaeli, prosecutors ordered the arrest of 15 suspects, including 14 military officers. Ten suspects were already captured when Daily Sabah went to print. Most were soldiers dismissed or suspended from the army earlier on suspicion of links to FETÖ.

Elsewhere, arrest warrants were issued for 54 suspects linked to the terrorist group's "education network." Some 49 suspects wanted by the Adana Chief Prosecutor's Office were arrested. Security sources said the operations were a joint effort by the police and National Intelligence Directorate (MİT). Police raided "study centers" run by FETÖ. The terrorist group, before openly declaring war on the state with its first coup attempt in 2013, maintained a nationwide network of "dershanes," or private-run study centers serving high school students preparing for university admission exams.

The centers were shut down by the government shortly before the foiled coup attempt in 2013. Authorities said FETÖ ran study centers under different names in Adana and other southern provinces, including Hatay and Mersin, and secretly employed wanted FETÖ suspects.

ONE RELEASED IN KARLOV TRIAL

Meanwhile, new hearings were held yesterday in a number of FETÖ-related trials. In the capital Ankara, a hearing on the 2016 murder of Russian Ambassador Andrey Karlov was held.

Karlov was murdered by an off-duty police officer, associated with the terrorist group, in an art gallery in Ankara on Dec. 19, 2016. The officer, Mevlüt Mert Altıntaş, was killed in a shootout with police. Several FETÖ figures were arrested following the assassination, including Salih Yılmaz.

Yılmaz was a key figure in FETÖ's secret network within the law enforcement and was accused of relaying instructions for the murder to Şahin Söğüt, the terrorist group's handler for Altıntaş. FETÖ leader Fetullah Gülen and seven other individuals linked to the group are the prime suspects in the Karlov case, where 28 people are being tried.

In yesterday's hearing, the court ordered the release of Ayşe Söğüt, the jailed wife of Şahin Söğüt, under judiciary control. She will now remain under house arrest. In the hearing, Mustafa Timur Özkan, the defendant and the organizer of the photo exhibition Karlov was visiting, claimed his innocence. Özkan denied allegations that he rescheduled the exhibition from Dec. 16 to Dec. 19 to give more time to the assassin to carry out the murder and coincide it to one day before a meeting on the Syrian crisis between Russian, Iranian and Turkish officials in Moscow.

Şahin Söğüt also denied allegations and claimed he did not know who the assassin was and never met him. The hearing was adjourned until July 16.

In Istanbul, a new hearing in the murder trial of Turkish-Armenian journalist Hrant Dink resumed yesterday. A total of 85 defendants, including 14 at large, are being tried for their links to a cover-up of the 2007 murder. Fetullah Gülen and infamous prosecutor Zekeriya Öz are among the defendants at large in the case. Dink, an outspoken journalist who long questioned hostilities between Turks and Armenians, was murdered in Istanbul, outside Agos newspaper, where he served as editor-in-chief. He was killed by Ogün Samast, a teenager allegedly guided by a far-rightist. The case took a new turn after FETÖ's coup attempt in 2013. A new investigation discovered that FETÖ, which was accused of running "a parallel state" with its infiltrators in the law enforcement, the judiciary, bureaucracy, and the military, might be behind the assassination.

Prosecutors believe that the murder was the "first act of violence" by FETÖ, and a new trial with 85 defendants started in 2017.

Former police chiefs linked to FETÖ were detained for covering up information on the murder. FETÖ has also been linked to efforts to thwart a thorough investigation of the murder. Some prosecutors and judges handling the case were later removed from their posts and detained for their links to the terrorist group. Apart from Gülen, former police intelligence chiefs Ramazan Akyürek and Ali Fuat Yılmazer are also among the defendants.

Prosecutors said the terrorist group, through its infiltrators in the judiciary and law enforcement, looked to put the blame on the Ergenekon group and imprison critics of the group by linking them to the murder. Ergenekon was the alleged name of a "deep state" gang of military officers, journalists, academics and other prominent figures in a string of trials later uncovered to be concocted by FETÖ-linked judges, prosecutors and police chiefs. They say intelligence officers deliberately ignored tipoffs for the murder and covered up their tracks linking them to Samast and other figures linked to the crime.