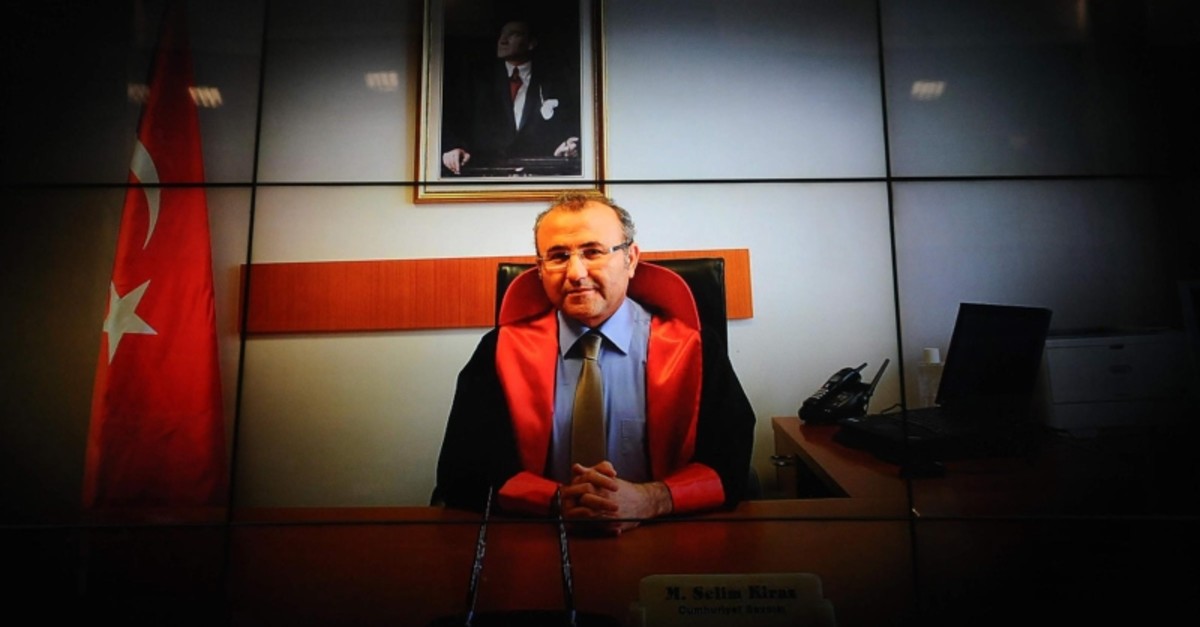 The court separately sentenced the suspects to 27 years in prison for aiding in the murder of Kiraz, 12 years for depriving a public servant of his liberty using arms and three years for violating the firearms law.

Three other defendants — Mithat Öztürk, Deniz Özel, and Cengiz Özel — each received terms of between six and 11 years in prison on charges of aiding a terrorist organization.

On March 31, 2015, Turkey was rocked by an unprecedented crisis at a major courthouse complex in Istanbul. Kiraz, a prosecutor, was taken hostage by unknown gunmen who entered posing as lawyers.

The two suspected DHKP-C members released a haunting photo of him with a gun to his head on social media.

After about nine hours of negotiations between Turkish police and the two hostage-takers, gunshots rang out inside Kiraz's office in the Çağlayan courthouse complex and police units in position outside of the building rushed in.

Kiraz was killed by two DHKP-C militants, Şafak Yayla and Mustafa Doğruyol, who were killed in the ensuing clash with police. The incident raised concerns regarding the security of courthouses and the DHKP-C threat, as the terrorist group has stepped up attacks in recent years.

DHKP-C is responsible for a number of terror attacks in Turkey including the 2013 attack on the U.S. Embassy in Ankara, which left a Turkish security guard dead and a Turkish journalist injured.

The far-left group is listed as a terrorist organization by Turkey, the U.S., and the European Union.