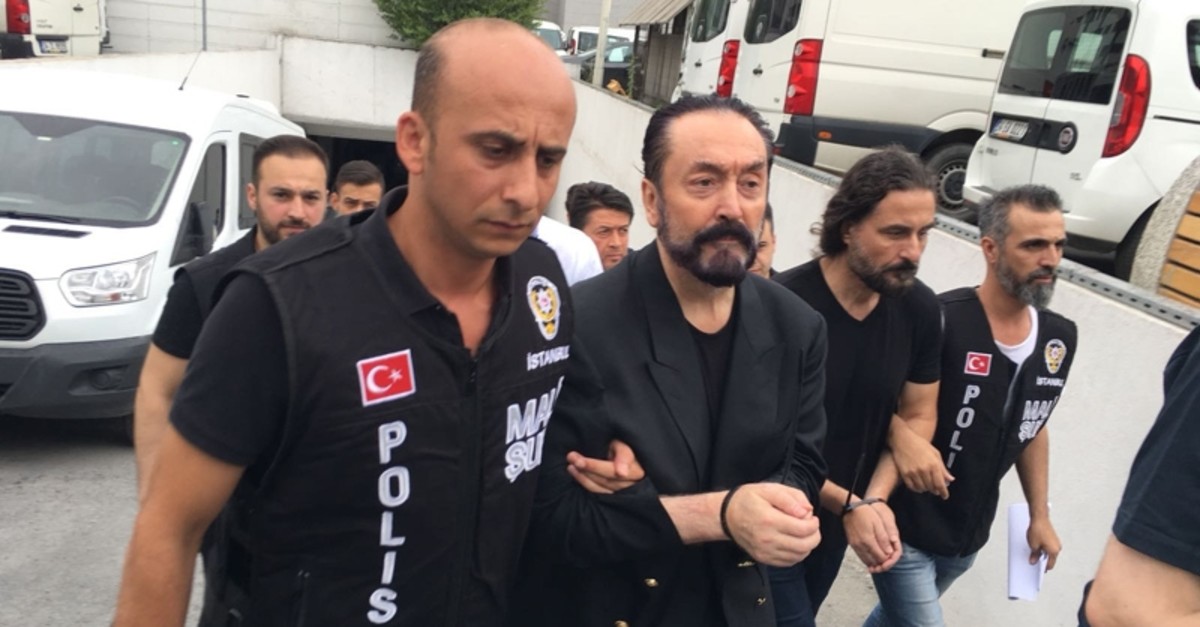 | Sabah photo
by Daily Sabah with AA Jul 19, 2019 8:41 pm
An Istanbul court has approved the indictment against Adnan Oktar, a prominent TV personality accused of running a criminal cult, and his collaborators, judicial sources said Friday.

The charge sheet filed by the terrorism and organized crimes bureau of the Istanbul Chief Public Prosecutor's Office was evaluated by the court.

Istanbul's High Criminal Court No: 30 decided to hold first hearing on Sept. 17 in Turkey's Silivri Prison. It has ordered all defendants to attend the first hearing.

The charge sheet has listed a total of 226 suspects. Out of them 171 are under arrest.

Within the scope of the investigation, the indictment has recorded the statement of 125 victims and complainants, while 25 suspects have made the plea for repentance.

The charge sheet has pleaded for the punishment of Oktar's crime syndicate, under various provisions of the penal code, ranging from committing various crimes such as engaging in military espionage, organizing a criminal gang, sexual abuse, blackmailing, persecution, bribery, attempt to murder, having membership of an armed organization and forgery.

Oktar, who owns a TV channel, was arrested in 2018 along with 200 collaborators, following allegations of sexual abuse and kidnapping of minors.

The 63-year-old Oktar was a household name in the 2000s but his prominence dates back to the 1980s when he was arrested for "promoting theocracy" for his Islamic views. He resurfaced in 1999 when he was charged with blackmail though he was found mentally ill by a court and spent months in a psychiatric hospital before his release.

He made a comeback with a series of anti-evolution books and a TV station he launched in 2011. It was his TV shows that shot him to infamy in Turkey as he was criticized for surrounding himself with scantily clad women while spouting religious rhetoric. His lifestyle drew comparisons to the late Hugh Hefner, founder of the U.S. magazine Playboy. Like Hefner, Oktar's lavish mansion was home to surgically enhanced women who were seen in suggestive poses around Oktar during his TV shows.