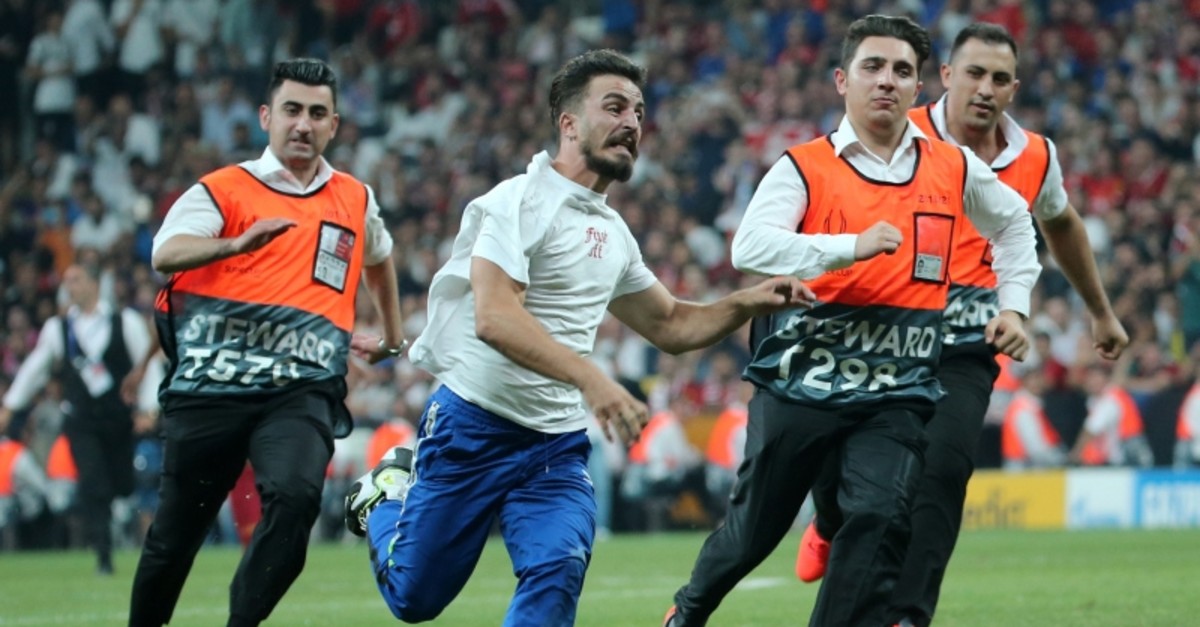 A Youtuber who invaded the pitch during Wednesday's Super Cup final match in Istanbul between English giants Liverpool and Chelsea has apparently angered Turkish social media users with the unnecessary move.

Ali Abdüsselam Yılmaz, known by his alias "Fester Abdü," invaded the pitch at the 14th minute of the match watched by hundreds of millions of football fans throughout the globe before being dragged out by security staff. 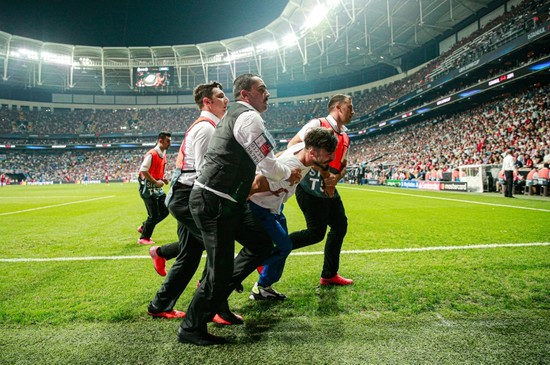 According to the footage published by Yılmaz on his Instagram account, he held a guest ticket from an undisclosed sponsor company to the final and attended to a pre-match event. Yılmaz was sitting right next to pitch during the match before invading the grounds of Vodafone Park. He was wearing a t-shirt that read "F.ck All," which increased the level of angry reactions against the Youtuber. 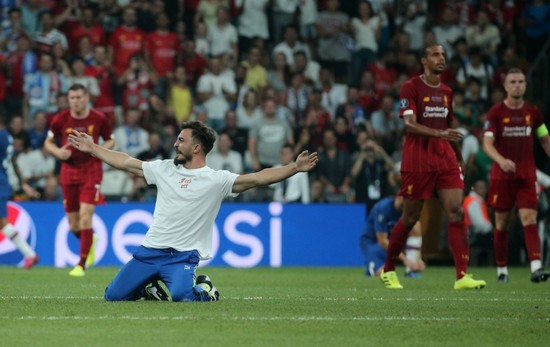 Under UEFA's strict rules, those who were watching the match through broadcasts did not even notice the invasion.

As this absurd move marked the only tasteless moment for this fantastic night of football capped with Liverpool's 5-4 victory in penalty shootout, hundreds took to social media to express their anger to Yılmaz.

At least three hashtags calling for Yılmaz to be fined by authorities and his boycott became trend topics in Twitter, with users accusing Yılmaz for bringing shame to Turkey's football scene in exchange for popularity. Many called for an exemplary penalty against Yılmaz for breaching the law.

His "Deli Mi Ne" (meaning "Is He Crazy?" in Turkish) Youtube account shed some 90,000 subscribers since last night, down from 4.83 million, with his former fans displaying images of unsubscribing the channel. It was reported that the channel is losing 20 subscribers per second.

The 26-year-old and four of his friends who were trying to capture his footage were detained by the police and appeared before a court, which released them under judicial control. 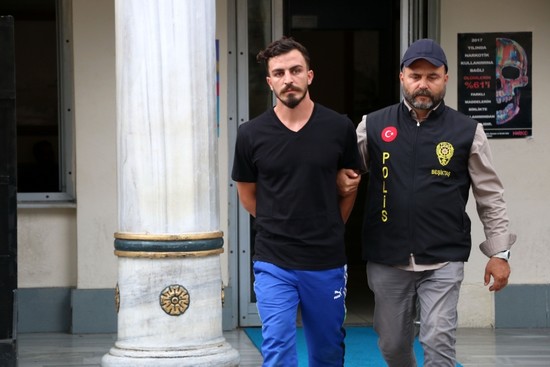 A similar incident had taken place on June 1 during the Champions League final match between Liverpool and Tottenham played at the Wanda Metropolitano Stadium in Madrid. In an effort to promote the "Vitaly Uncensored" website, scantily clad Russian model Kinsey Wolanski, the girlfriend of Youtube prankster Vitaly Zdorovetskiy, invaded the pitch before escorted out by security staff. Zdorovetskiy himself had disrupted the 2018 FIFA World Cup Final in Russia.

Friday's Premier League opener for Liverpool against Norwich at Anfield was also disrupted by an invader.