Over 230 kg of heroin seized by Turkey on Iran border 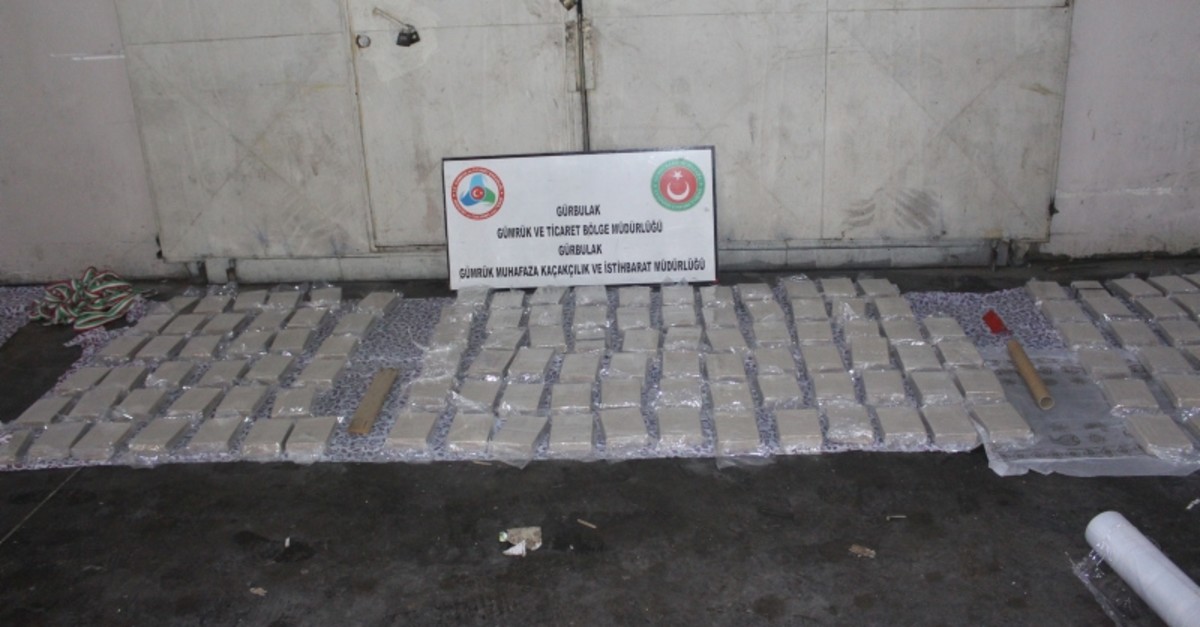 Turkish customs officials confiscated over 230 kilograms (507 pounds) of heroin at the country's eastern border gate, according to the Trade Ministry on Tuesday.

In a written statement, the ministry said the customs officers, backed by sniffer dogs, discovered a large amount of the drug wrapped in 228 bundles inside a truck trailer coming from Iran, in the Gürbulak customs area in Ağrı province.

Separately, gendarmerie teams seized 2 kg (4.4 Ibs) of heroin in Saray district of the eastern Van province as part of an anti-drug operation.

In another anti-drug operation in the southern Adana province, some 31 roots of cannabis sativa, the most frequently consumed illicit drug worldwide, were seized in a fruit garden after drones identified them.