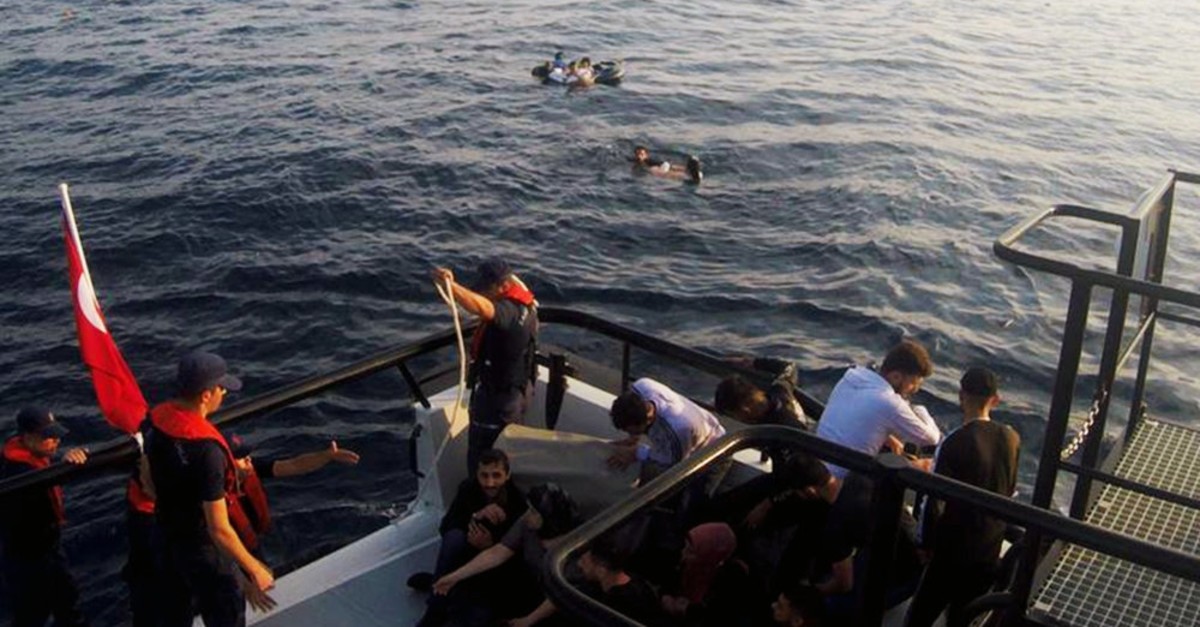 Migrant smugglers increasingly turn to yachts and large boats to smuggle illegal migrants from Turkey to Greece. Media outlets reported a rise in boat thefts on the Aegean shores by smuggling gangs

Theft of luxury boats on Turkey's Aegean coast is more than a simple case of serial crime, media outlets report. Large boats and yachts are used for smuggling illegal migrants from Turkish shores to Greek islands. According to reports in the Turkish language daily, Sabah, Beşiktaş football club Chairman Fikret Orman was the latest victim of these thefts. Orman's yacht, La Paradiso, anchored at a port in Bodrum in southwestern Turkey, was found abandoned at the Greek island of Kos after the businessman filed a criminal complaint with the police.

An investigation by security forces found out smugglers used the yacht to transport illegal migrants to the island and left it there.

Throughout summer, at least nine boats were stolen or had their engines and other equipment stolen in Bodrum, a popular resort town in the Muğla province. In one case, eyewitnesses said suspects arrived on jet skis.

The number of stolen boats might be higher as some owners do not file a complaint when the boats are found within one day and intact after they were stolen. Official numbers show five boats were either robbed of their equipment and engines or hijacked by suspects in the Tilkicik district of Bodrum, two in Gölköy, one in Hebil and one in Yalıkavak districts. All are known as spots popular among illegal migrants or located near those spots.

Sinan Vardar, a prominent businessman, was also among the victims. Speaking to İhlas News Agency (IHA) in July after his boat was stolen, Vardar said suspects removed and stole radar and electronic equipment worth 50,000 euros from his boat. "A friend of mine also had his yacht stolen and it was later found on a Greek island, probably left there by migrant smugglers. Other boat owners I knew have also reported thefts of their yachts and boats," Vardar said.

In June, 20 illegal migrants from Syria, Iraq and Palestine were discovered aboard a yacht which was reported stolen earlier off the coast of Bodrum's Yalıkavak.

Turkey bridges Europe and Asia and shares a border with EU members Bulgaria and Greece, placing it on the best route to get into Europe for migrants from Asia and Africa who flee civil wars, conflicts and poverty.

The country has become a hub for illegal migrants seeking to cross into Europe. Greek islands near Turkey's Aegean shores are favorite destinations of migrants heading to Europe. However, journeys aboard unsafe, overcrowded boats often steered by inexperienced migrants turn out deadly. The country boosted patrols at sea and land but still struggles to stop the influx of migrants.

Human smugglers play a key role in aggravating the number of gullible migrants. It is believed that smugglers were behind a string of rumors that triggered a new flow of migrants in eastern and western Turkey earlier this year and in late 2018.

Hundreds of Afghan migrants arrived en masse, for instance, to the eastern border upon rumors that the border would be forever closed soon when a new, well-protected wall would be completed. Human smugglers are also believed to be behind an online campaign to fuel the migrant influx into Edirne in northwestern Turkey in April.

Migrant smuggling has been a profitable business as the conflict in Turkey's southern neighbor Syria worsened, and smugglers continue operating, although in a much limited capacity thanks to security operations. They charge fees as high as $2,000 to take migrants to Europe from Turkey.

Speaking at a meeting on illegal migration yesterday in the northwestern city of Bursa, Interior Minister Süleyman Soylu said migrant smuggling has been a profitable business for terrorist groups like PKK and Daesh. "They facilitate and organize both drug trafficking, migrant smuggling and crossing of militants," he said. The minister pointed out that Turkey faced "pressure" in terms of the increasing number of migrants, not only from its war-torn neighbor Syria but also from other Middle Eastern countries, Africa and Central Asia.

In the face of disastrous journeys to Europe by illegal migrants who often end up dead in the cold waters of the Aegean, Turkey has stepped up efforts to stop them. The efforts have apparently paid off as 235,000 illegal migrants were intercepted in the first eight months of 2019. Turkey's migration authority announced last month that there was a new increase in the number of illegal migrants trying to reach Europe.

Official figures show that the number of intercepted migrants increased by 42% between January and August compared to 158,235 in the same period in 2018. Officials say it is the joint and separate efforts of police, gendarme units and the Turkish Coast Guard on land and at sea that curbed the number of "successful" crossings and deaths. Figures show the number of illegal migrants who reached EU countries via land crossings was 10,000 in the first eight months of 2018, but it dropped to 4,000 in the same period this year. The situation is different on the sea route, though. The number of people who reached Europe by sea was 18,000 in the first eight months of 2018, rising to 24,000 this year.