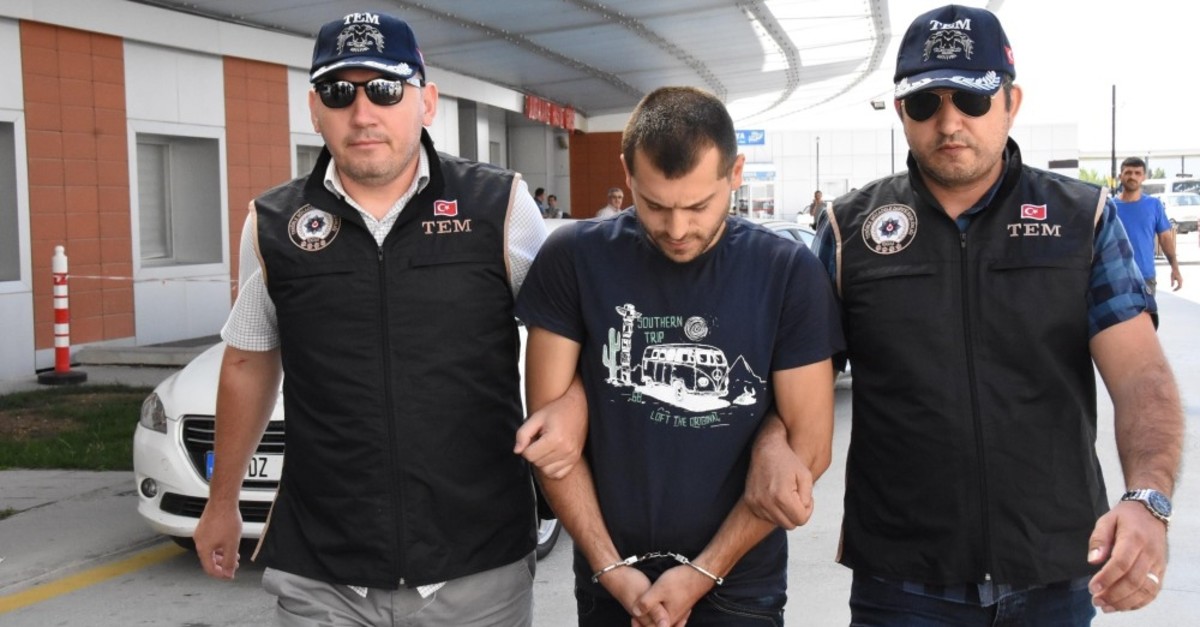 In a new wave of operations yesterday, 191 arrest warrants were issued for suspected members of the FETÖ terrorist group. Some 59 suspects have already been arrested in investigations into the group's role in the 2016 coup attempt

A new crackdown was launched against the Gülenist Terror Group (FETÖ) yesterday by prosecutors across the country. In operations that came three years after the group tried to seize power in a coup attempt, 191 arrest warrants were issued for suspected members of the terrorist group. Some 59 people were arrested when Daily Sabah went to print.

In three separate investigations in the capital Ankara, prosecutors issued arrest warrants for 128 people. In one investigation, arrest warrants were issued for 50 active-duty noncommissioned officers of Gendarme General Command and three civilian "secret imams." Counterterrorism units from the Ankara police launched raids to detain the suspects but the number of detained is still unclear.

Prosecutors say the noncommissioned officers were in contact with "secret imams," a name given to civilian handlers for FETÖ's military infiltrators, usually via payphones. Communication via payphones is a common method employed by FETÖ to avoid detection. Since the 2016 coup attempt, prosecutors found that nearly 14,500 people used pay phones to communicate with senior members of FETÖ. Around 13,500 of them were arrested in over 800 operations across the country. Some 5,000 of the detainees have been remanded into custody, while nearly 8,500 suspects were released, including those under judicial control.

The terrorist group is known for its widespread infiltration of the army, law enforcement, judiciary and bureaucracy. It first attempted to overthrow the government in 2013 with its infiltrators in the judiciary and the Turkish National Police. It failed, and the group faced increased scrutiny. When the news broke that the military was preparing to launch a mass purge of FETÖ-linked officers in August 2016, the group moved to prevent it with the coup attempt that killed 251 people and injured about 2,200 others. Strong public resistance ultimately stopped the coup, and the coup's ringleaders, including generals, were arrested. Since then, tens of thousands of people linked to the group and the coup attempt have been detained or arrested, while trials were launched into the group's wrongdoings.

In another investigation, prosecutors in Ankara sought the arrests of 27 people from the Land Forces Command of the Turkish Army and two civilian imams. Among the suspects were three captains and 16 first lieutenants as well as lower-ranking officers. The suspects were discovered through their contact with their FETÖ handlers via payphones. Also in Ankara, authorities sought the arrest of 46 suspected users of ByLock, an encrypted messaging app developed and exclusively used by FETÖ members. Some 39 suspects were captured while a manhunt is still underway to capture the others. Another operation against ByLock users was carried out in the northern city of Samsun. Prosecutors ordered the arrest of nine suspects, including two teachers and seven people who worked at FETÖ-linked companies. The suspects were detained in operations in six cities.

A probe into ByLock started prior to the 2016 coup attempt. However, investigations gained significance after the attempt. Authorities deciphered messages revealing secret correspondents pointing to an imminent coup in operations after the coup bid. The Interior Ministry recently announced that 4,676 new ByLock users were detected in the investigation that already identified more than 95,000 users.

In the central city of Konya, arrest warrants were issued for 53 suspects accused of serving as handlers for FETÖ's military infiltrators. Ten suspects were detained, while operations are underway in 28 cities to capture the other suspects. The suspects were identified through interrogations of military personnel and FETÖ handlers who were detained in earlier operations. Prosecutors say the handlers had different positions within the terrorist group and each had "job titles" corresponding to their work with infiltrators. Some simply conveyed the FETÖ leadership's orders to infiltrators, while others helped infiltrators get promotions in the army or worked to recruit military cadets into the terrorist group. In the western city of Eskişehir, police captured Abdülkadir Ö., a former noncommissioned officer.

Abdülkadir was wanted for his role in the 2016 coup attempt. Authorities say the suspect is accused of supplying munitions to a team of putschist soldiers who tried to assassinate President Recep Tayyip Erdoğan during the coup bid. The suspect was stationed at an air base in the western city of İzmir when the coup attempt took place. An investigation found out that Abdülkadir was the officer who opened a military arsenal for the team of assassins who took off from the air base in helicopters and gave them munitions. Erdoğan was on vacation in the southwestern resort town of Marmaris, which is located near İzmir, when the coup attempt broke out. He escaped the assassination attempt when he left his hotel just before the arrival of assassins and secretly flew to Istanbul where he mobilized the public to confront the putschists. Abdülkadir fled after the coup attempt was foiled and was hiding in a house in Eskişehir when he was captured. Gökhan Şahin Sönmezateş, the general who organized the assassination bid, and members of the team of assassins were sentenced to life in earlier trials on the coup attempt, while one member of the team still remains at large.