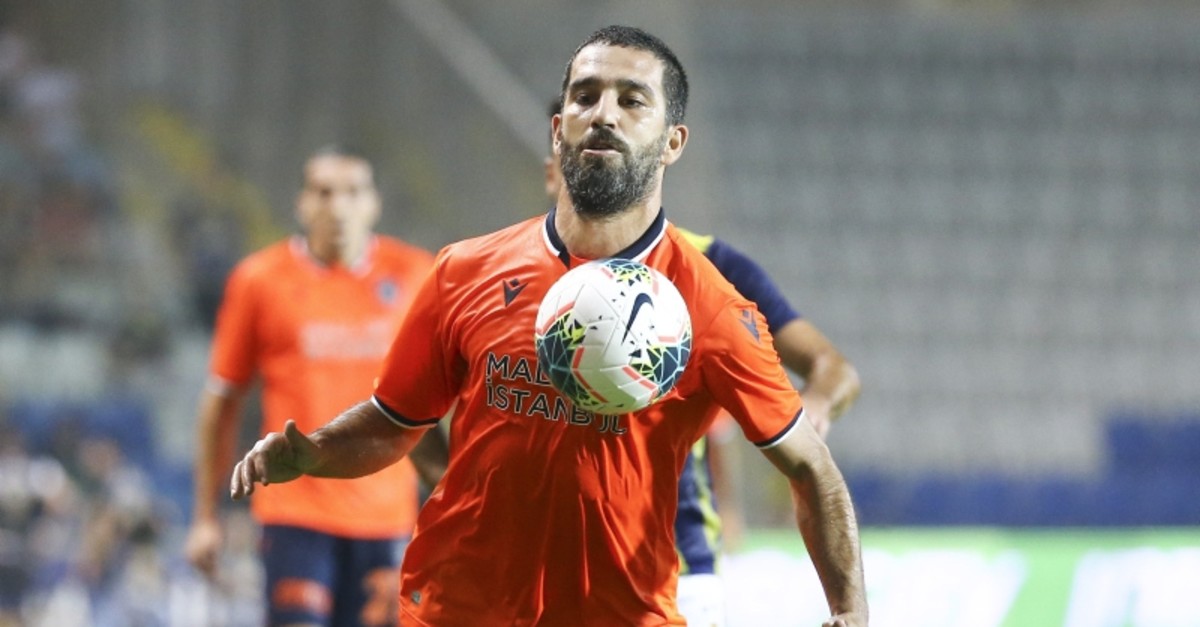 A court in Istanbul sentenced Turkish international footballer Arda Turan to two years, eight months and 15 days in jail over his high-profile fight with pop singer Berkay Şahin last year but deferred the announcement of the verdict.

The two men were involved in a nightclub bout in October 2018 in Istanbul's Sarıyer district, which ended with Turan attacking Şahin outside and breaking his nose. It was claimed that Turan, who had been married for only seven months at the time, hit on Şahin's wife and the brawl was taken outside, although Turan staunchly rejected the accusations and said the fight was a result of a misunderstanding.

Making matters even worse, Turan then went to the hospital where the singer was being treated with a gun clutched in his hands, begging to be shot and be forgiven. The two men argued again and Turan fired his gun at the ground, media reports said.

Prosecutors previously demanded Turan be sentenced to up to 12.5 years in jail.

On the third hearing of the trial, Turan was sentenced to jail on charges of willful injury, carrying an unlicensed firearm and shooting in an urban area. He was acquitted of sexual harassment charges.

The court decided to defer its verdict since Turan has not been convicted of any crimes. If Turan gets convicted of another crime within five years, he will also serve his current sentence.

Turan was previously slapped with a TL 2.5 million fine over the incident by his club Medipol Başakşehir, where he joined on loan from Spanish giants Barcelona in January 2018.

Soon after the verdict was announced, Turan said in a written statement that the important thing about this incident was that he was acquitted of harassment charges and "slanders," which he said had driven him to make the rest of his mistakes.

The court ruling might mean that Turan's football career in Turkey is in jeopardy since Article 62 of the disciplinary rules of the Turkish Football Federation (TFF) foresees a permanent ban on players who are sentenced to prison for two years or more.

Dubbed as Turkish football's No. 1 troublemaker, the 32-year-old midfielder has a history of stirring up trouble. Last year, Turan faced a $9,200 fine and 16-match ban after attacking an assistant referee during a Turkish Super League match against Sivasspor on May 8.

Moreover, Turan and his brother Okan also face compensation demands from locals whose buildings collapsed or were damaged on July 24, 2018 when the retaining wall of a hotel construction site in Istanbul's Beyoğlu district collapsed after rainfall.

Once described as the rising star of Turkish football, Turan made his professional debut at Galatasaray in 2005 and spent half of the season on loan in Manisaspor. He returned to Istanbul next season and spent five successful seasons with the Yellow-Reds before joining Atletico Madrid in August 2011 for 13 million euros. Turan lifted one La Liga, one Copa del Rey, one UEFA Europa League and one UEFA Super Cup trophy with the Madrid club, before joining Barcelona for 34 million euros plus add-ons in July 2015. Barça won six trophies during Turan's stint but he only made 55 appearances and scored 15 goals.