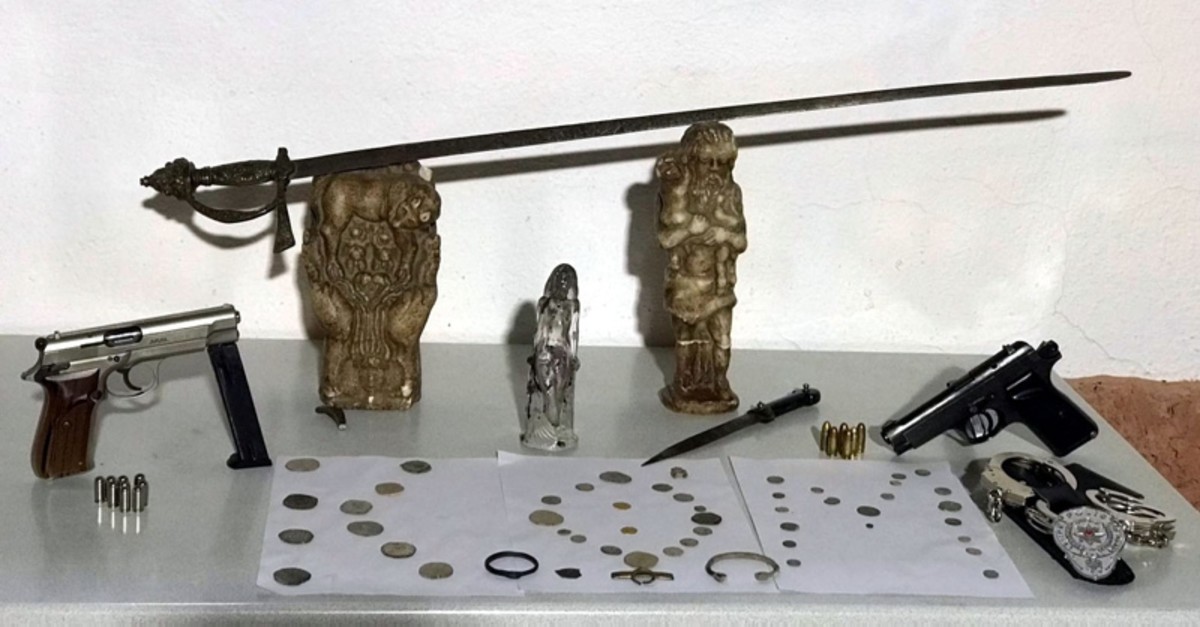 The anti-smuggling branch of the provincial security directorate launched the operation after it was revealed through investigations that suspects, who had identified themselves as police, were planning to illegally sell the artifacts.

Police stopped and searched three vehicles belonging to the suspects on the highway between Aksaray and neighboring Konya province.

A total of 54 historical artifacts, including a sword, a dagger, a statuette, a glass trinket, a bracelet, rings, and coins were seized during the operation, along with a fake police IDs and two handguns.

Seven suspects were detained in connection to the smuggling incident, while two of them identified as Ramazan B., and Selami Y. were later arrested by court.