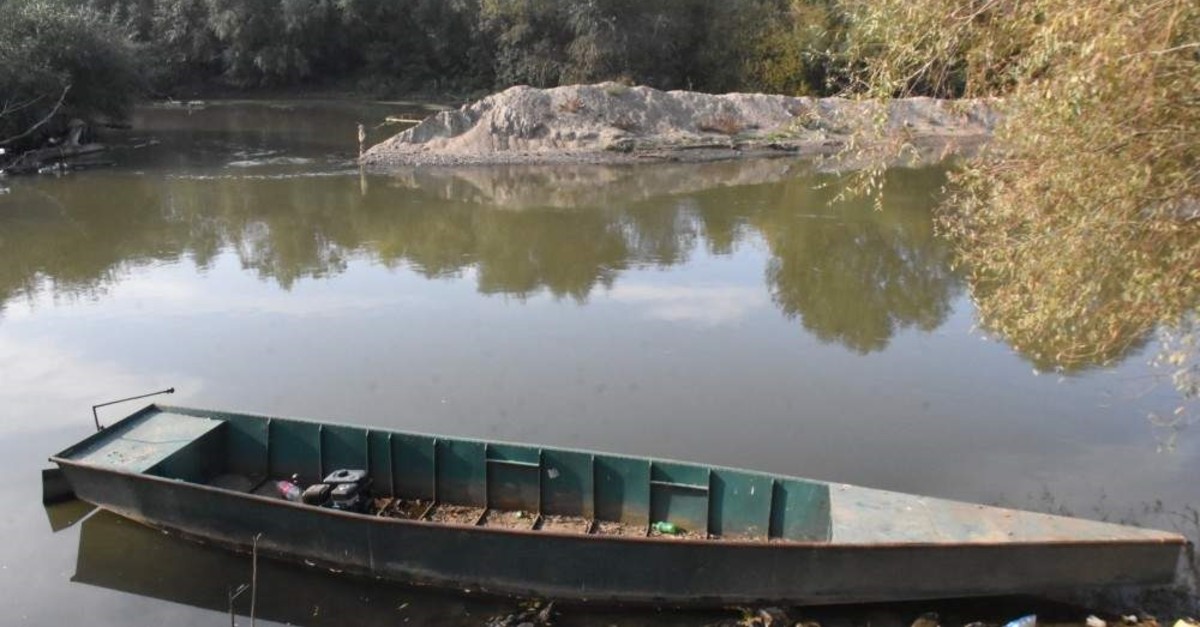 Police seize 14 kilograms of drugs smuggled from Greece via boat in an anti-smuggling operation in northwestern Turkey. (DHA Photo)
by Daily Sabah with DHA Oct 28, 2019 2:21 pm

The anti-smuggling units of the provincial security directorate received intelligence about smuggling to be carried out via boat across the Meriç (Evros) river that divides Turkey and Greece.

The police caught the smuggling suspects red-handed when they were loading the drug – skunk cannabis – onto a vehicle along the river’s Turkish border on Saturday after transferring it from Greece.

The suspects, identified only as F.B., Ö.Ö., F.T. and E.K., were detained in connection to the smuggling incident.

Turkey, a transit country for drug smugglers working between Asia and Europe, is looking to curb domestic drug use. In 2014, the Turkish government launched "The Rapid Action Plan Against Drugs" to counter drug abuse and smuggling. Since then, Turkey has been fighting on multiple counter-narcotics fronts. It targets addicts through better rehabilitation and awareness campaigns. It also targets smugglers and small-time dealers with operations carried out by newly formed "narco teams" that focus on operations around schools and other places where youth, the most vulnerable targets for drug peddlers, frequent.