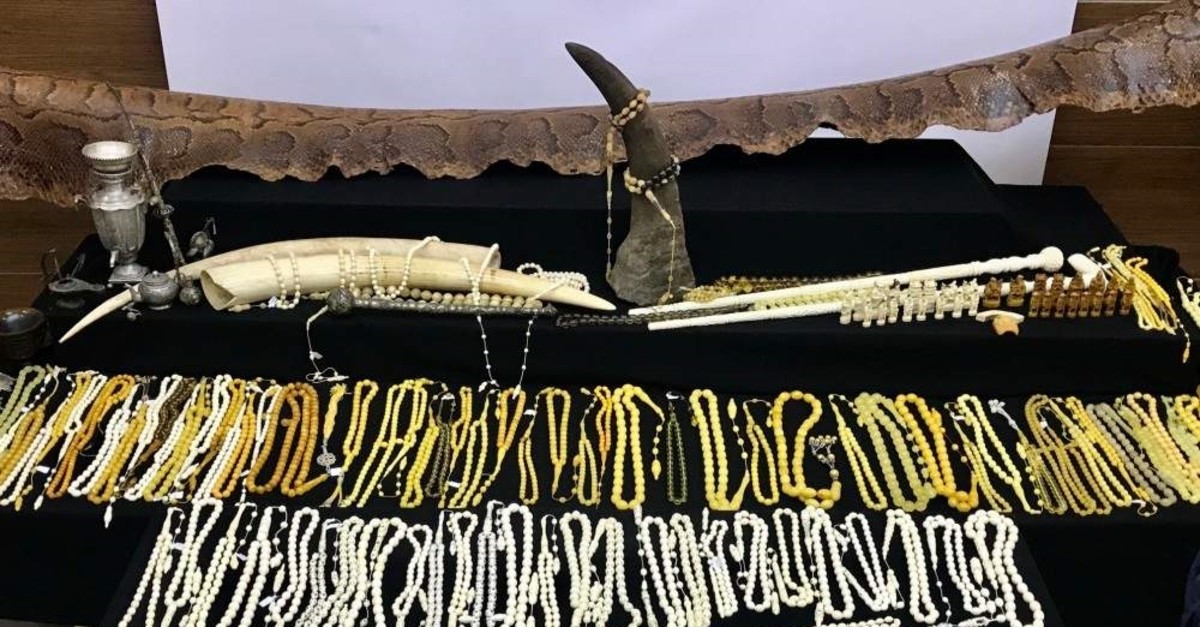 According to the police, the raid took place on Oct. 23 and a total of 269 items were seized, including dozens of wildlife parts, such as a 4.6-meter python skin, two ivory tusks and a rhino horn. The police also found dozens of items made out of animal parts, such as prayer beads and ornaments.

The police said the suspect was an Azerbaijani national and was released on judiciary control after being briefly detained.

Turkey is a key transit region for endangered species of flora and fauna between countries. Although African and Asian countries are associated with wildlife trafficking, Turkey and other European countries are the key routes for traffickers to smuggle and sell their animals.

Turkey has long been in the fight against wildlife trafficking. In 2013, the fifth meeting of the wildlife smuggling project coordinated by Turkey and Spain within the Convention on International Trade in Endangered Species of Wild Fauna and Flora (CITES) was held in the northern city of Rize.

Rhinos are killed for their horns, which are believed to have medicinal purposes or are used as an aphrodisiac, especially in Asia. Meanwhile, ivory has been used for centuries to make carvings, jewelry, furniture, piano keys and other items.