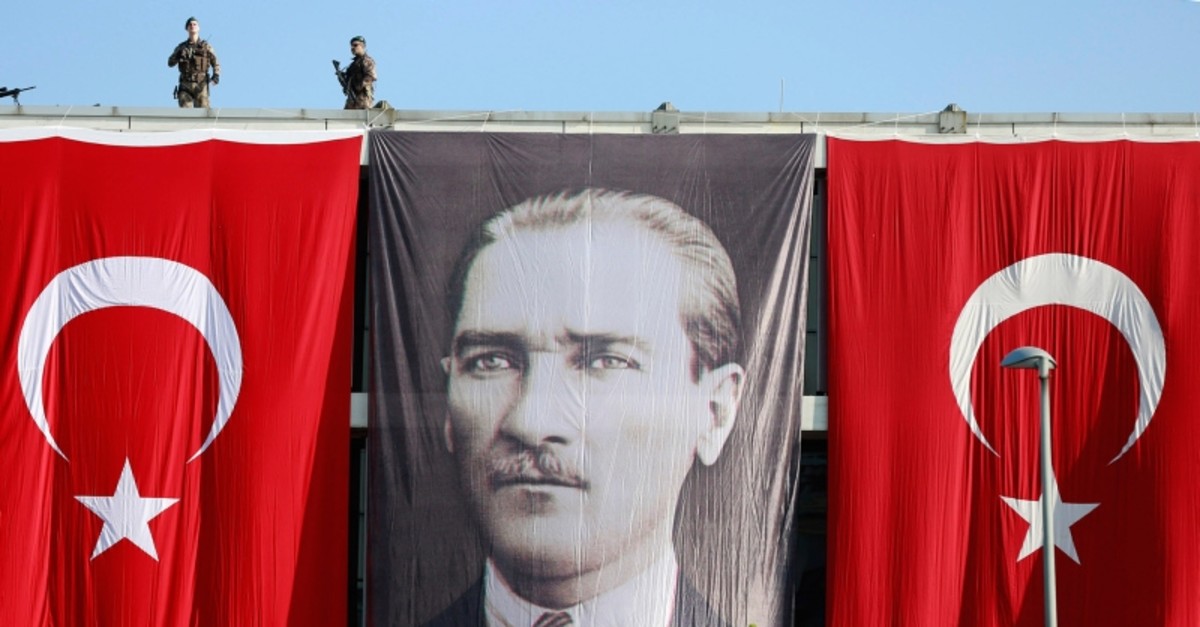 | AA Photo
by Daily Sabah Oct 30, 2019 2:08 pm
Turkish security forces have detained 100 Daesh suspects planning attacks across the country, head of the General Directorate of Security said yesterday.
The terror suspects were plotting attacks targeting the Oct. 29 Republic Day celebrations, Mehmet Aktaş said. According to Aktaş, 26 separate anti-terror operations were conducted across 21 Turkish provinces. He also stressed that Turkey’s fight against various terror groups, including Daesh, the PKK and Gülenist Terror Group (FETÖ) will continue with determination.
One of the 26 operations took place in Istanbul on Tuesday. Security forces in Istanbul determined that Daesh terrorists identified by their initials as H.U., B.Ç. and R.K. were plotting a major attack in Istanbul in response to their leader Abu Bakr al-Baghdadi’s killing, and had gotten into contact with people who would provide logistics for the attack. Placing the suspects under technical and physical surveillance, security forces determined that the suspects had parked and left a stolen vehicle near the Istanbul Mayor’s Office in Fatih district. Deducing that the suspects were preparing to carry out an attack during yesterday’s celebrations, security forces conducted three separate operations at five separate addresses in Sancaktepe, Fatih and Ataşehir districts of Istanbul, detaining three suspects.
Turkey has been actively conducting counterterrorism operations against Daesh since 2016. Since then, 4,517 of the 13,696 suspects detained in 4,536 operations have been arrested. In the operations conducted, 1,018 terrorists were either killed, injured or had surrendered. Today, 1,174 Daesh terrorists are imprisoned in Turkey. In order to apprehend Daesh suspects, 64 risk analysis units that include experts on terrorism and intelligence have been formed in 30 provinces. The units have been regularly monitoring suspects that operate within their region, as well as all other developments regarding the terrorist group, both within and outside the country.
It is not surprising to see that Turkey has been involved in such intense counterterrorism operations and measures against Daesh, since it is one of the countries that has suffered from the terrorist group the most. More than 300 people have lost their lives in attacks claimed by Daesh in Turkey, where the terrorist organization has targeted civilians in suicide bombings, as well as rocket and gun attacks. Most were suicide attacks. The terrorist group has targeted civilians in Gaziantep, Şanlıurfa, Istanbul and Ankara on multiple occasions.
Last Update: Dec 20, 2019 1:19 am
RELATED TOPICS