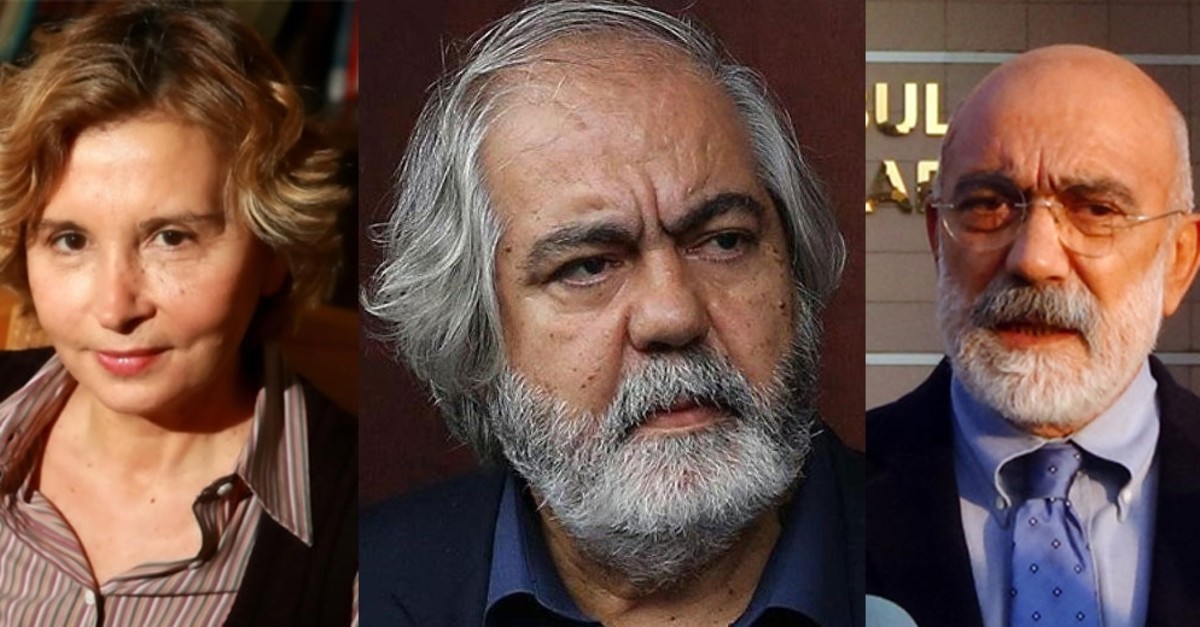 A Turkish court on Monday ruled for the release of three suspects accused of aiding and abetting Gülenist Terror Group (FETÖ).

Nazlı Ilıcak, a staple of Turkish media for decades, had been a staunch defender of FETÖ in her later years, claiming it was not a terrorist organization. The court sentenced her to eight years and nine months in prison, and ruled that she be released, taking into consideration the time she served while under arrest.

She defended the group all the way up until the coup attempt. In her first testimony after her arrest, Ilıcak said she had realized FETÖ was a terrorist group.

On the other hand, academic Mehmet Altan, who was previously released pending trial, was acquitted. His brother, Ahmet, was sentenced to 10 years and six months in Monday's trial, but the court also released him considering the time he spent in prison.

Two days before the coup attempt, the three suspects were discussing a potential coup on a TV show. Ilıcak later defended the program by saying that the TV show did not imply any coup.

Ahmet Altan is a writer and journalist who worked for Hürriyet and Milliyet before founding Taraf, a newspaper that had been a mouthpiece for FETÖ before it was closed down in July 2016. Altan, who was the former editor-in-chief of the newspaper, was arrested on Sept. 22, 2016, over a speech he made at a TV show aired on the Gülenist-linked Can Erzincan TV on July 14, 2016, a day before the July 15 coup attempt. In his speech, Altan had implied that a coup was imminent. Mehmet Altan, a prominent academic, joined the same show and gave similar messages.

Taraf was known as a mouthpiece for Gülenists both during the time of the notorious sham trials – including the Ergenekon and Balyoz coup plot cases targeting officers of the Turkish Armed Forces, perpetrated by the infiltrators of the terror group in the judiciary and police – and after the state launched a crackdown on Gülenists in 2013.

The terrorist group is accused of masterminding the foiled coup attempt with the aid of its infiltrators in the military who allegedly carried out a plan personally approved by Fetullah Gülen, the U.S.-based leader of the terrorist group.