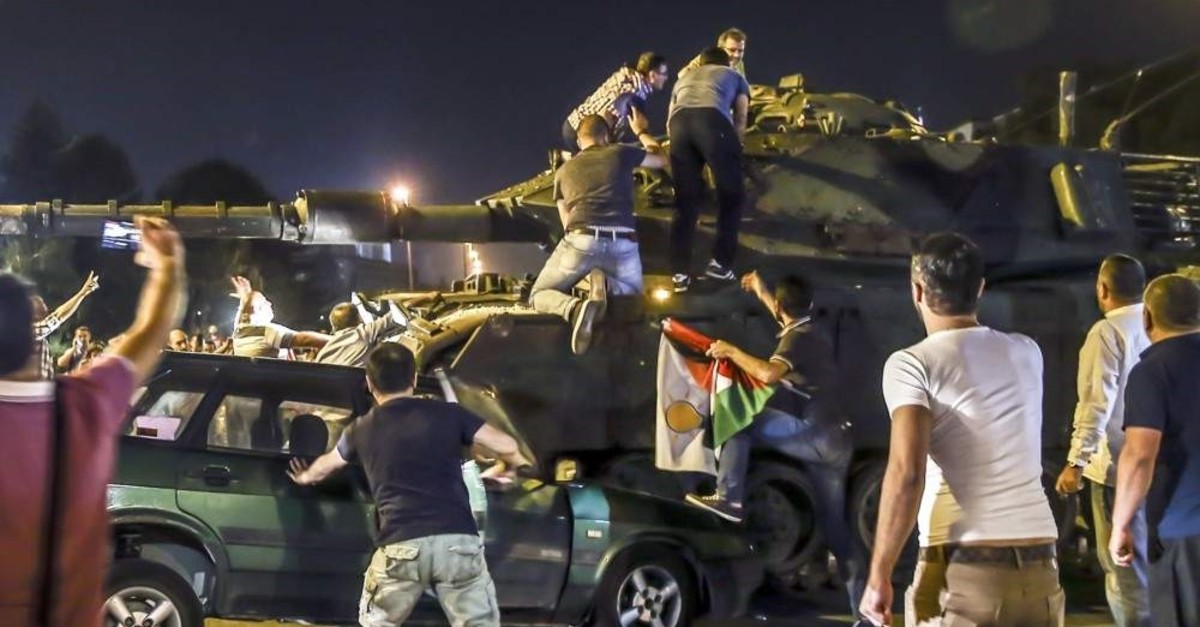 Seventy-five people were detained on Friday in new operations against FETÖ, preventing the terrorist group's infiltration of the army and public sector

In the three years since its vicious attempt to seize power via a coup, the Gülenist Terrorist Group (FETÖ) was faced with a host of new investigations on Friday, prosecutors in the capital Ankara issuing warrants for the arrest of 166 suspects in two cases regarding group's infiltration into the public sector and the Turkish Armed Forces (TSK).

The Chief Prosecutor's Office sought the arrest of 53 suspected FETÖ members, all former members of the TSK who were earlier expelled from the army for their suspected links to the terrorist group. Thirty suspects, all noncommissioned officers, were arrested in operations in 27 provinces, while a manhunt was underway to capture the remaining suspects, identified through their contact with fellow FETÖ members over payphones, a common tactic employed by the terrorist group to avoid detection. In the past two years, nearly 10,000 suspects have been arrested in multiple investigations, which have brought to light the terrorist group's infiltrators in the military, law enforcement and other institutions, organized largely though payphone use. Confessions by former FETÖ members and surveillance operations targeting payphones have led police to identify many of the suspects. Since March 2017, when the first operations against payphone use by members of the group were launched, security forces have been conducting almost daily raids across the country to bring the culprits to justice.

Most of the suspects are military officers and civilians helping assist the group's infiltration of the military. Some among the detained invoked the law of amnesty, allowing terror suspects to secure more lenient sentences if they collaborate with authorities and provide credible information leading to the capture of other terrorist group members.

The indictments in some cases shed light on the secret communication methods of the group. Prosecutors say every infiltrator was tasked with providing information about their military unit. The information mainly focuses on the inner workings of the military unit, especially personal data on military personnel. Findings in other investigations revealed several databases set up by the group about military personnel "supporting or opposing" the group. The terrorist group is already accused of running sham trials to imprison its critics and military officers they deem an obstacle to their infiltration into the army.

FETÖ, which tried to topple the government in 2013 in two efforts disguised as anti-graft probes, moved again on July 15, 2016, one month before a planned mass removal of FETÖ-linked officers from the army by the military courts. 251 people were killed and nearly 2,200 others injured in the coup attempt, that was thwarted thanks to strong public resistance.

The Turkish Air Force was key to the coup attempt and airstrikes by putschists initially gave the impression that it would largely succeed. A large number of people were killed in airstrikes near the presidential complex in Ankara and the bombing of Parliament further increased panic in the country. Still, a call by President Recep Tayyip Erdoğan to "take to the streets to reclaim democracy" was met with a massive response, ultimately forcing the putschists to surrender in the face of public outrage. Kemal Batmaz, the chief "imam" or handler for FETÖ's Air Force infiltration operations, remains in prison. Batmaz was one of several nonmilitary figures caught in Akıncı, an airbase that FETÖ used as a launch pad for airstrikes in Ankara during the coup attempt. He was also a co-conspirator of the putsch bid along with Adil Öksüz, a fugitive FETÖ member, on behalf of Fetullah Gülen, the U.S.-based leader of the terrorist group.

In another operation, Ankara-based prosecutors ordered arrests of 121 suspects in an investigation into a public sector exam held in 2011. Forty-five suspects were captured in operations in 29 provinces. The Chief Prosecutor's Office in the capital stated that the suspects, including 59 still working in public sector, were wanted in connection with cheating in Public Personnel Selection Exams (KPSS) eight years ago. FETÖ is being investigated for supplying its followers with the questions and answers to the exam in a bid to plant its infiltrators in the public sector. FETÖ is known for its mass cheating in several critical state exams. The group was involved so deeply in this mass fraud effort, relating to a string of state exams, that the Chief Public Prosecutor's Office in Ankara had to set up a special unit to investigate. Investigators sifted through thousands of documents, revealing that over 30,000 people had benefited from the group's scheme to steal questions and answers to exams to allow their members to infiltrate into state institutions ,n the military, law enforcement, the judiciary and more. Prosecutors have been investigating corruption allegations in past exams - including the Public Personnel Selection Exam (KPSS), the largest civil servant exam in the country, as well as an exam for promotion in academia and exams for admission and promotion in law enforcement and the military - for quite some time now.

While many suspects have already been handed prison terms, others are still waiting for their cases to be concluded. In trials on fraud in a section of the KPSS, 700 suspects out of 3,000 have already been sentenced. However, those responsible for stealing the questions and answers in the first place remain at large.

The testimonies of former members of the terrorist group have revealed that FETÖ either used its members in examination bodies to gain access to questions long before the exams were scheduled, or hacked into state servers for the same purpose. The group's "brothers," high-ranking members responsible for overseeing new recruits, would then hand them to younger students hoping to enter law enforcement, military schools or any members of the group seeking a position in public sector, which the exam marks a key test in.
RELATED TOPICS