Arrest warrants out for 229 suspects in FETÖ's military, finance branches 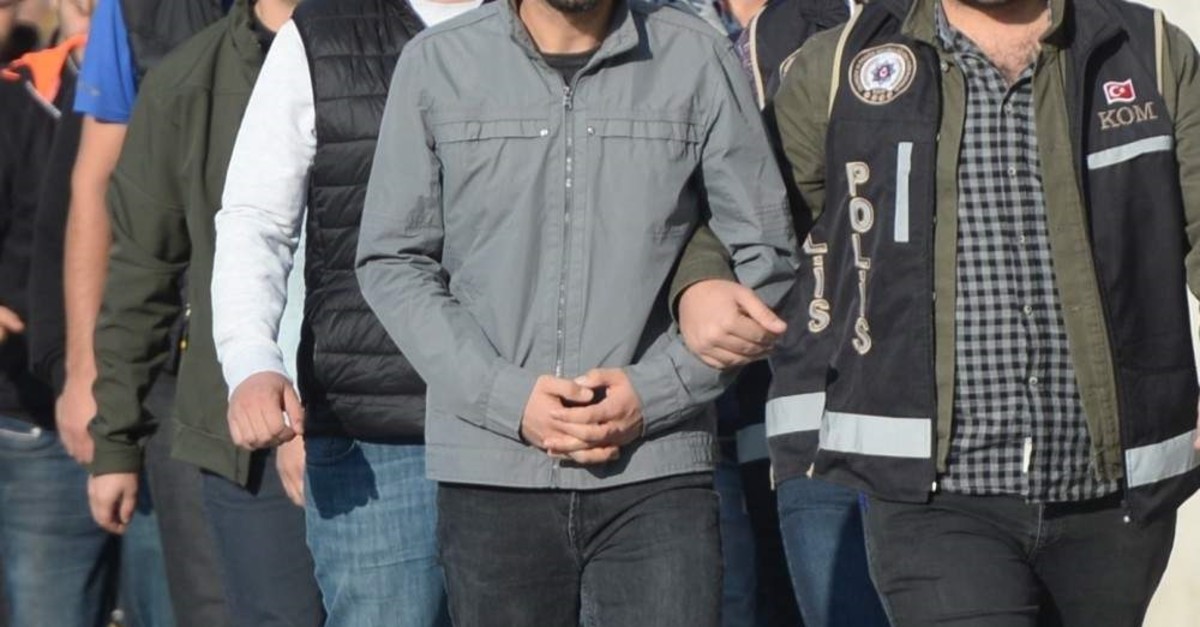 Turkish authorities on Tuesday issued arrest warrants for 229 Gülenist Terror Group (FETÖ) suspects as part of a wider probe into the shady network's military infiltrators and financiers.
The İzmir Chief Prosecutor's Office sought the arrest of 133 suspects in an investigation into FETÖ's military infiltration. The suspects include three colonels, five majors, five captains, 12 first lieutenants, 54 noncommissioned officers, and three sergeants, all who were on active duty.
The prosecutor's office issued arrest warrants for 14 students expelled from formerly closed down military academies, as well as for two colonels, two lieutenant colonels, and three captains no longer on duty due to reasons such as retirement, resignation, or contract termination.
Arrest warrants were issued for 133 suspects for reportedly being contacted by so-called "covert imams" – senior members of the terrorist organization – via payphones. Provincial security forces launched simultaneous operations in 44 provinces, including Izmir.
The suspects were identified thanks to their contact via payphone, a method widely used by the FETÖ group to evade authorities. Since the discovery of the group's contact method by investigators two years ago, thousands of suspects have been detained in nationwide operations. Security forces continue to carry out operations on an almost daily basis in order to bring FETÖ military infiltrators to justice.
Famous for its secretive communication methods, FETÖ has utilized everything from in-game chats on mobile games to encrypted messaging apps to relay information between its members.
In a separate probe, the Ankara Chief Prosecutor's Office also issued arrest warrants for 17 retired and active-duty officers from the air force. In a statement, the prosecutor’s office said 10 of the suspects were on active duty.
Financial sources exposed
Later in the day, the Ankara Chief Prosecutor's Office issued additional arrest warrants for 79 suspects in a probe to expose the financial sources of the terrorist group across 19 provinces. Security forces said 59 of the suspects were detained, while the rest were being sought.
Meanwhile, a fleeing FETÖ member trying to illegally cross into Greece was caught by border patrol units. The suspect, a Turkmenistan national, was arrested for being a member of an armed terrorist group.
The terrorist group is known for its widespread infiltration of the army, law enforcement, judiciary, and bureaucracy. In December 2013, its members in the police force and the courts attempted to topple the government under the guise of a graft probe targeting government officials. It was the first time that the terrorist group openly waged war against the government using its infiltrators.
When this failed, they made another attempt on July 15, 2016, employing infiltrators in the Turkish Armed Forces (TSK) to seize power by force. A total of 251 people were killed and nearly 2,200 others were injured in the FETÖ's bloodiest attempt to date. What followed was a barrage of investigations against the terrorist group. Turkey lifted the state of emergency imposed after the coup attempt, but three years on, operations continue against FETÖ.
Under the increased scrutiny following the coup attempt, FETÖ members started fleeing the country and hundreds are believed to have taken shelter in Europe where their asylum requests are often approved.
Last Update: Nov 19, 2019 5:52 pm
RELATED TOPICS