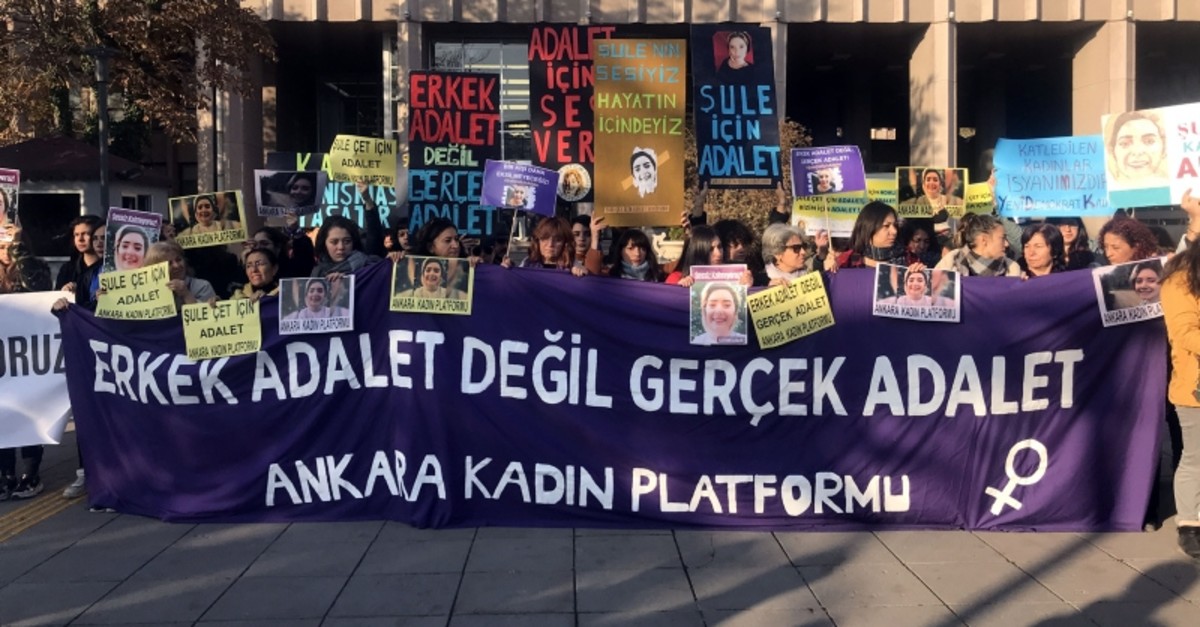 The Ankara Prosecutor’s Office on Wednesday asked for life imprisonment for one of the defendants in the death of 23-year-old Şule Çet in the capital Ankara, and at least 39 years in prison for the other defendant.

During the fifth hearing held yesterday in the Ankara 31st High Criminal Court, the prosecutor asked for life imprisonment for Çağatay Aksu, Çet’s boss, over “deliberate murder,” and a prison term of no less than 39 years for Berk Akad over “aiding sexual assault, retention and deliberate murder.”

Çet, who was a student of Gazi University, fell to her death from Aksu's 20th-floor office. Her case prompted public outcry after the two suspects were released following their initial arrest. The defendants claimed Çet fell from the window on her own, pointing to suicide. The woman's family claimed she was thrown to her death, while media reports said she was likely thrown out of the window after refusing the sexual advances of her boss.

The hearing was attended by defendants Aksu and Akad, Çet’s father İsmail Çet and other relatives, and the lawyers of the parties along with the lawyer assigned to the case by the Family, Labor and Social Services Ministry.
The next hearing in the case, which has been closely followed by the public and by several members of Parliament, is set for Dec. 4.

The hearing was previously postponed for a lip-reading examination of two defendants who were seen having a conversation in video footage recorded just after the young woman's death. Earlier media reports said experts had not issued a report that would help enlighten the case due to issues with the footage, such as a defendant's mustache that covered his lip and prevented an accurate lip reading.

The two suspects were rearrested after their initial release and a case was opened against the two men on the charges of murder, rape and "restraining the freedom of an individual.”

Akand said in his testimony that the three went to Aksu's office after a night out together. Akand claimed he fell asleep in the office and was woken up by Aksu who told him, "Şule jumped out of the window." Aksu denied the allegations and claimed that the scratches on his arms were from him trying to save Çet. Police did not find fingerprints in the room and on the window where Çet fell to her death, but a lawyer for the victim's family claims the crime scene was likely "cleaned" and the woman was thrown out of the window after she was killed.