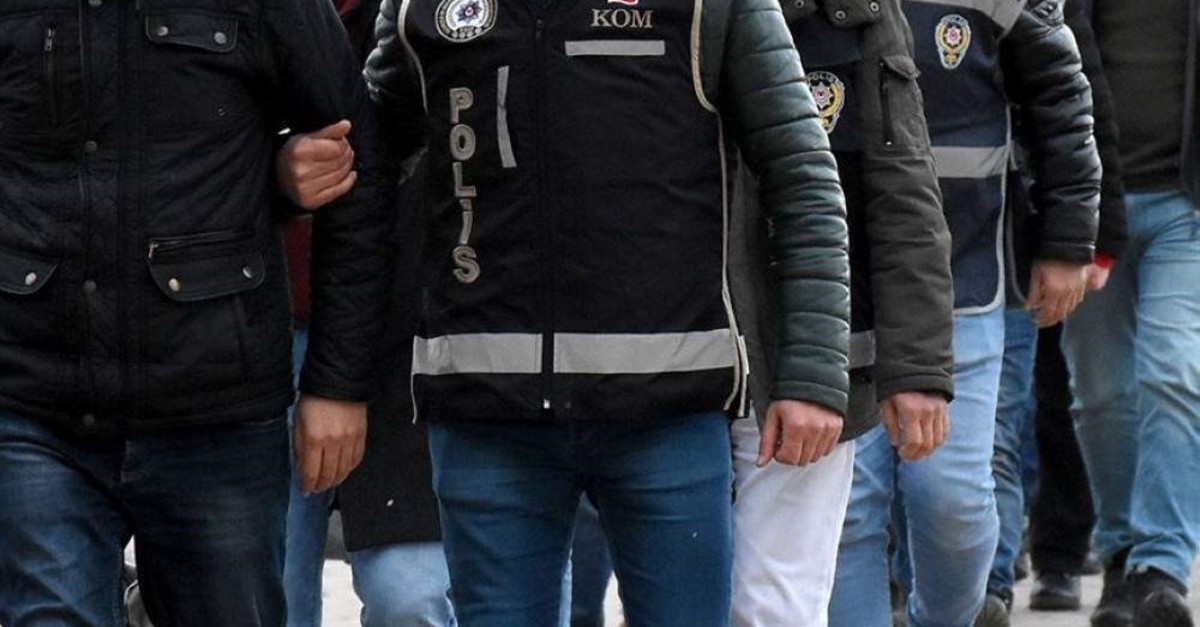 by daily sabah
Nov 22, 2019 3:59 pm
Turkish courts on Friday issued arrest warrants for 138 Gülenist Terror Group (FETÖ) suspects as part of a wider probe into the shady network's clandestine network in the Turkish Armed Forces (TSK), while 94 members face aggravated life sentences for their involvement in the failed coup attempt.
The Ankara Chief Prosecutor's Office issued arrest warrants for 92 expelled officers from the air force. In a statement, the prosecutor’s office said two of the suspects were former lieutenants, while the rest were ex-colonels, adding that they were being sought in 22 provinces.
In a separate development, prosecutors in northwestern Bursa province issued warrants for 46 suspects in the military, including 26 on-duty soldiers. The suspects, including captains, first lieutenants and sergeants, are being searched for in 23 provinces.
The arrest warrants were issued for suspects who had reportedly been contacted by the terrorist group's so-called "covert imams" via payphones. The suspects were identified after they used payphones, a method widely used by the FETÖ to evade authorities.
Famous for its secretive communication methods, FETÖ has utilized everything from in-game chats on mobile games to encrypted messaging apps to relay information between its members.
Since investigators discovered the group's contact method two years ago, thousands of suspects have been detained in nationwide operations. Security forces continue to carry out operations on an almost daily basis to bring FETÖ military infiltrators to justice.
Separately, a prosecutor in Ankara sought aggravated life sentences for 94 FETÖ members for violating the Constitution during the failed coup attempt of 2016. The case involves 142 defendants from the TSK’s Land Forces, including three former brigadier generals.
The prosecutor also sought 20-year prison sentences for 17 of the defendants for “aiding the coup attempt,” while asking for acquittals for 12 others.
Meanwhile, Turkey also submitted new evidence to the U.S. that further solidified the links between the terrorist group’s leader Fetullah Gülen and the coup attempt. According to sources inside the Turkish presidency, the evidence was handed to the U.S. during President Recep Tayyip Erdoğan’s visit to the White House on Nov. 13-14.
One piece of evidence showed a cellphone belonging to Hakan Çiçek, a FETÖ figure who was captured at the Akıncı military base in the capital Ankara during the coup attempt, being turned on near Gülen’s ranch in Pennsylvania.
Ankara formally requested Gülen's extradition on July 19, 2016, four days after the coup attempt. Since then, however, Turkish officials believe they have been deliberately "stalled" as U.S. officials keep on saying they are reviewing the evidence.
Gülen, who arrived in the U.S. in 1999, currently resides in a luxurious retreat in Saylorsburg, Pennsylvania. He never leaves the well-guarded compound but often gives interviews to foreign media.
The terrorist group is known for its widespread infiltration into the army, law enforcement, judiciary and bureaucracy. In December 2013, its members in the police force and courts attempted to topple the government under the guise of a graft probe targeting government officials. It was the first time the terrorist group openly waged war against the government using its infiltrators.
When this failed, they made another attempt on July 15, 2016, employing infiltrators in the Turkish Armed Forces (TSK) to seize power by force. A total of 251 people were killed and nearly 2,200 others were injured in FETÖ's bloodiest attempt to date. What followed was a barrage of investigations against the terrorist group. Turkey lifted the state of emergency imposed after the coup attempt but three years on, operations continue against the FETÖ.
Under the increased scrutiny following the coup attempt, FETÖ members started fleeing the country, and hundreds are believed to have taken shelter in Europe where their asylum requests are often approved.
Three years after the attempt, most of the trials for those involved in the putsch bid have concluded. Out of 289 trials, 270 trials have been concluded and nearly 4,000 defendants were given jail sentences.
Tens of thousands of people were detained or arrested during and after the state of emergency declared in the aftermath of the coup attempt. Officers from every rank, from sergeants to generals, were jailed and tried for their involvement in the putsch bid.
Last Update: Dec 20, 2019 1:51 am