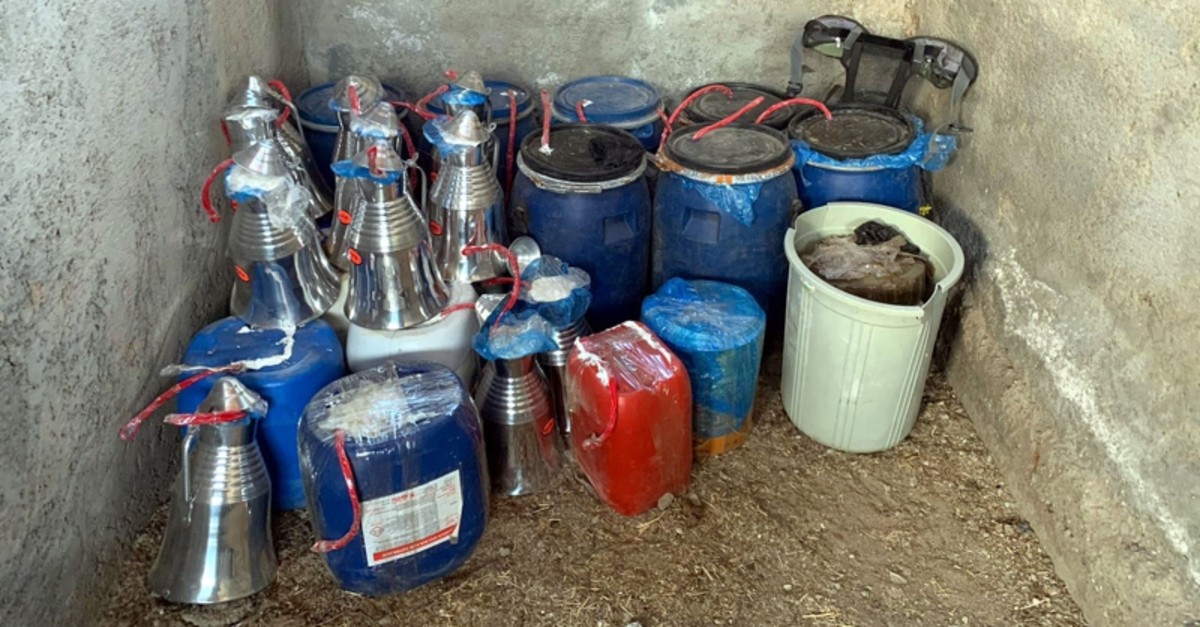 Turkey's Interior Ministry said on Monday that they have seized a large number of explosives in southeastern Şırnak province where three terrorists were also neutralized last week.

The ministry stated that 2 tons of explosives, 300 detonators, 700 meters of detonating wick, a Russian-made antitank mine, two suicide vests, a pistol and silencer, a large roll of cable and $1,000 were seized.

On Aug. 17, Turkey launched Operation Kiran in the country's southeast against the PKK-affiliated People's Protection Units (YPG) terrorists in Van, Hakkari, and Şırnak provinces. This was followed by the launch of Operation Kiran-2 on Aug. 27 in Mardin, Şırnak, and Batman provinces. Four more iterations of the operation followed, including Operation Kiran-6, launched on Nov. 13.