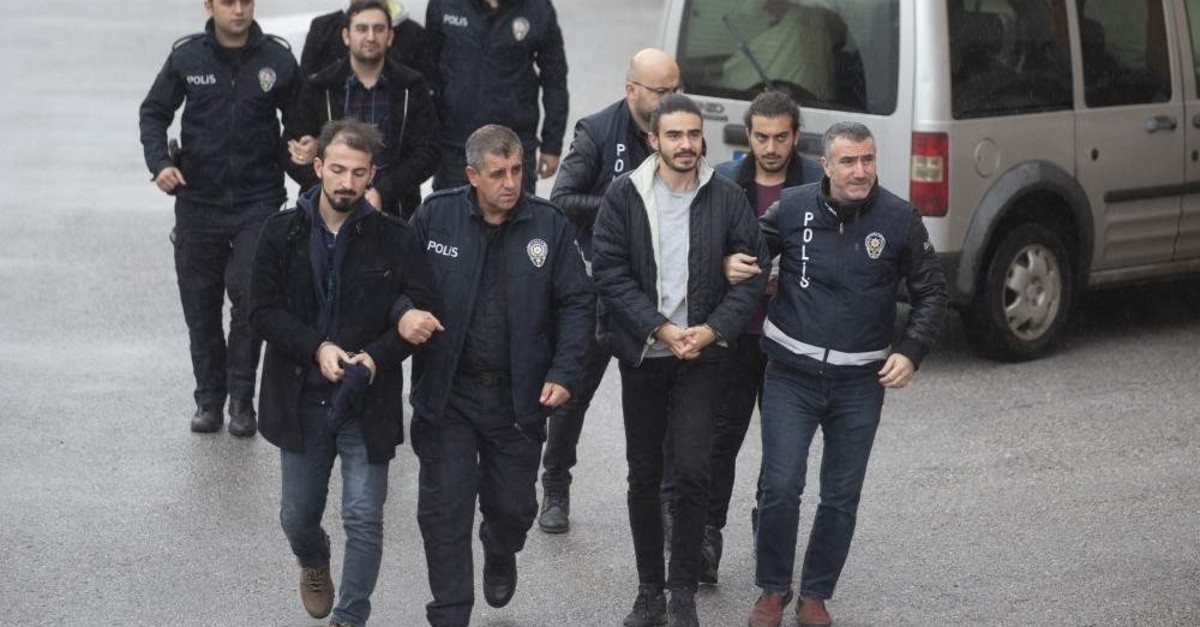 by Daily Sabah Nov 29, 2019 5:38 pm
Turkish authorities issued arrest warrants for 23 suspects in an investigation into the Gülenist Terror Group’s (FETÖ) civilian network, while seven former members of the terror group were arrested by border patrol trying to flee to Greece.
In a statement, the İzmir Chief Prosecutor's Office said arrest warrants were issued after officials discovered preexisting evidence linking the suspects to the FETÖ organization. The suspects were being sought in four provinces, the statement read.
Meanwhile, prosecutors in Bursa said 22 of 47 previously detained suspects from the group’s military wing had offered information. According to prosecutors, the confessions lead to discovery of 280 previously unknown members of the group. The 22 suspects were released on probation in line with a plea bargain.
The terrorist group is known for its widespread infiltration of the army, law enforcement, judiciary, and bureaucracy. In December 2013, its members in the police force and the courts attempted to topple the government under the guise of a graft probe targeting government officials. It was the first time that the terrorist group openly waged war against the government using its infiltrators.
When this failed, they made another attempt on July 15, 2016, employing infiltrators in the Turkish Armed Forces (TSK) to seize power by force. A total of 251 people were killed and nearly 2,200 others were injured in the FETÖ's bloodiest attempt to date. What followed was a barrage of investigations against the terrorist group. Turkey lifted the state of emergency imposed after the coup attempt, but three years on, operations continue against FETÖ.
Under the increased scrutiny following the coup attempt, FETÖ members started fleeing the country and hundreds are believed to have taken shelter in Europe where their asylum requests are often approved.
On Friday, security forces in northwestern province of Edirne caught seven FETÖ members trying to escape to Greece. The suspects, former military and police recruits, were detained after a high-speed car chase after they tried to skip a random checkpoint.
Last Update: Dec 20, 2019 2:01 am
RELATED TOPICS