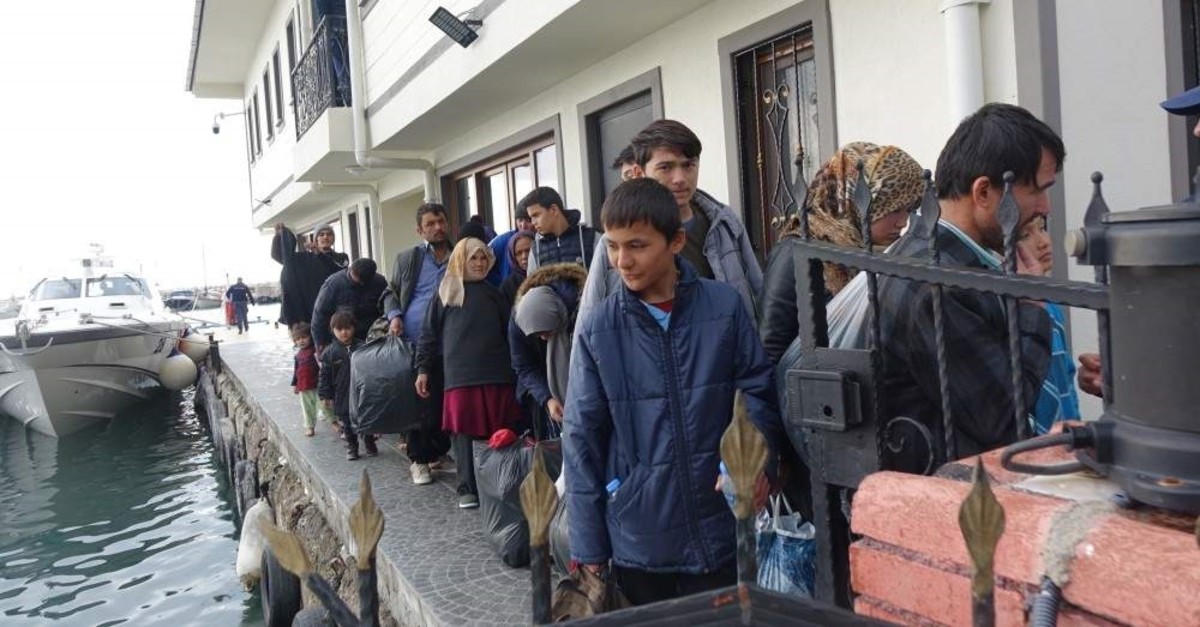 The three dinghy boats carrying the migrants were stopped off the coast of the western province of Çanakkale. The group consisted of Syrian, Palestinian, Afghan, Senegalese, Congolese and South African nationals.

All of the migrants held were either taken to hospitals for medical treatment or transferred to provincial migration offices for the necessary legal proceedings.

The Greek islands near Turkey's Aegean shores are favorite destinations of migrants heading to Europe. However, journeys aboard unsafe, overcrowded boats sometimes steered by inexperienced migrants often turn out deadly. Yet some desperate migrants still take the route even in winter, when a safe journey through the Aegean is nearly impossible aboard overcrowded, unsafe dinghies.